The Ole Miss Rebel Market may need to make changes in order to attract more students to start dining there.

When the student union began renovations in 2015, the Rebel Market was left as one of the few locations to eat on campus, making it consistently busy.

Today, the crowds at the rebel market are noticeably thin.

The busiest time for the Rebel Market comes between 5 p.m. and 7 p.m. Employee LaWanda Freeman said that even during the busiest times, the crowds are fairly small for a college campus.

With the union renovations now complete and more food options on campus, students at Ole Miss prefer to dine at the union and other locations on campus rather than the market.

“I think some of the food is pretty good,” student Grady Fisher said. “I don’t have a meal plan so it’s just not worth paying that money for the quality of food you get there.”

While food quality is a recurring issue for the Rebel Market, location is a critical factor in how many students a restaurant will attract. Many Students have classes in Lamar hall which is located on the opposite side of campus in relation to the Rebel Market.

While she has never eaten at the market, student Brianna Reed does not plan to. The two times a week she eats on campus, she stops in the union after her 1 p.m. class near by.

Student Ana Lee also eats on campus twice a week and expresses a similar issue. Because of where her classes are located, the market is simply not worth the extra trip, though the food is not a detriment to her decision.

“If it was closer I probably would have eaten there more often, but Im really cut for time,” Lee said. “I haven’t eaten there much, but I would say it’s not the best, not terrible either”

The union being the epicenter of campus can deter students from eating at a different location. Davis chooses to eat at the union because she simply enjoys being in the building.

Students have different suggestions on what could attract them to The Rebel Market, but it seems the easiest thing for the market to do would be to make improvements in food quality.

“Their pizza there is kinda sad,” Fisher said.  “I feel like it wouldn’t be that hard to just cook better food, if the food was better then I would eat there.” 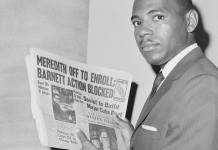 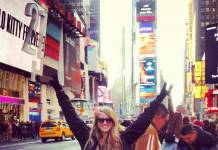