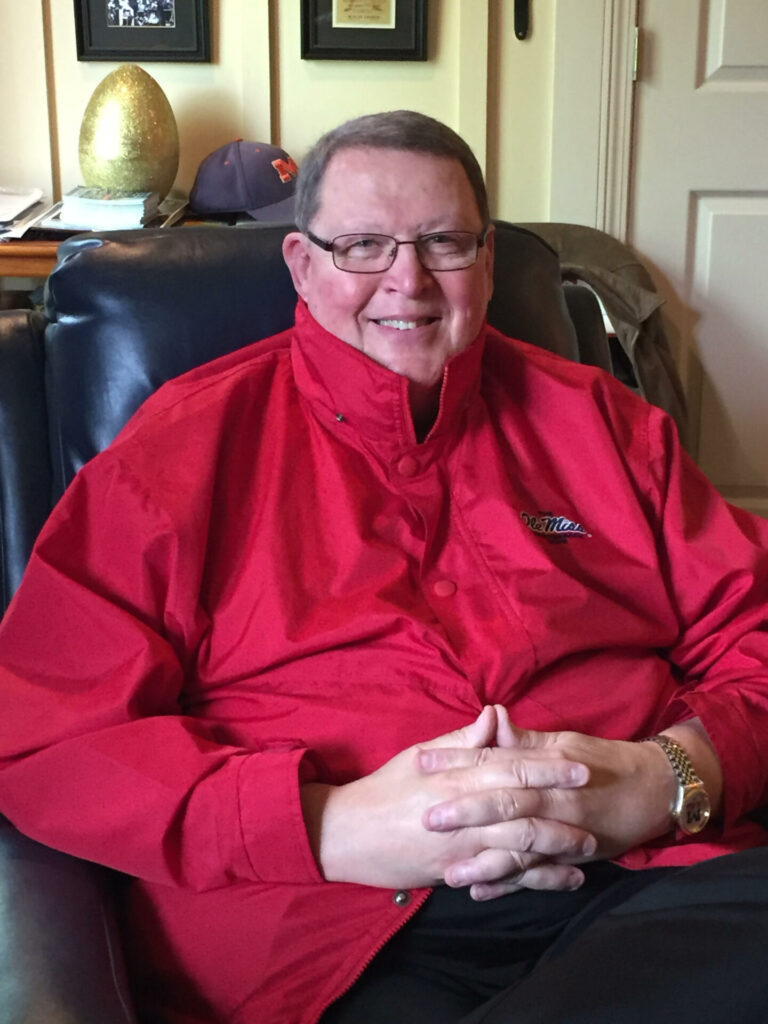 Jim “The General” Stephens represents an Ole Miss tradition that only a few of us dream about. The General’s grandfather, Hubert D. Stephens, played guard on the Ole Miss football team from 1894-1895. The first Ole Miss team appeared in 1893, ironically the same year of the Chicago World’s Fair. HottyToddy.com’s Steve Vassallo crossed paths with The General recently as he was preparing to attend yet another Ole Miss baseball game.

Vassallo: General, I truly believed that I loved Ole Miss more than anyone until I came across you.

The General: Steve, I have been a season ticket holder for the three major sports for 20 years. The Loyalty Foundation ranks us by priority points. I believe that I am number 666 of a population around 19,600.

Vassallo: Let’s see if my math is close to accurate, that would place you in the top three percentile. What does that do for you?

The General: There are things awarded such as bowl priority tickets, special events and a host of other perks.

Vassallo: I can see why this would be extremely important to someone who bleeds red and blue.

The General: I truly became a huge Ole Miss fan in the 1970s after coming off the Archie and Vaught years. The United States Army interrupted my attendance (Jim served 27.5 years for his country) for quite a while, as my first game to attend was the 1965 Liberty Bowl in which we defeated Auburn.

Vassallo: Let’s talk about your military career for a moment.

The General: I held four positions during my tenure: Military Police, Military Police Corrections Officer, 11B Infantry and OOE Recruiter. I had one overseas assignment in Okinawa from 1970-71. At that time it was military controlled with 250,000 GIs stationed there involving Marines, Air Force, Army and Navy. There were three large Marine bases.

Vassallo: Wow! I guess the Vietnam War was the primary reason. When were you a student in God’s country?

Vassallo: What led you to Reb country?

The General: A lot of people in New Albany, where I grew up, were State fans. However, my grandfather played for Ole Miss in the late 1800s (Hubert D. Stephens is included on the Jake Gibbs Letterwinners Walk) and he also served in the U.S. House of Representatives from 1910-1922 and in the U.S. Senate from 1922-36. In 1894, his Ole Miss team went 8-1, defeating Alabama and LSU while only losing to Vanderbilt.

Vassallo: This gives me goosebumps thinking about your heritage as blood runs deep. Growing up in Nashville, we never thought about losing to Vandy. It is rumored that you may have the largest Ole Miss memorabilia collection this side of the Pecos.

Vassallo: What would you consider the signature item?

The General: Without any hesitation, my grandfather’s original M Club certificate signed by Judge Hemingway.

Vassallo: From previous conversations, your yearbook collection is also very important to you.

Vassallo: What years are you needing?

Jim Stephens awakes each morning thinking about Ole Miss and retires each evening doing the same. And while asleep, dreaming about Ole Miss. This degree of loyalty makes people like me a fair weather fan. My admiration and respect for “The General” is off the charts!