Now that the winter has subsided and hibernation is over, And The Echo band members have embraced the spring’s warmer weather and has emerged onto the surface of Oxford’s music scene once again.

The duo music group started when lead singer Morgan Pennington attempted to record an acoustic piece to begin her music endeavors. The song was coined “Wolves,” and it became one of the band’s first releases. Pennington was introduced to Winn McElroy at his recording studio, Black Wings Studios, in Water Valley, Mississippi.

The introduction led to a blossoming relationship between the producer and the voice behind the music. After working out the kinks, McElroy added an electronic vibe to the acoustic songs, which placed the band in an electronic pop genre.

“I got asked by the City of Oxford to play at Double Decker, and I told them no because I couldn’t recreate the sound that was on that record because it’s just me,” Pennington said.

After calling McElroy to break the surprising news of being asked to play at the festival, McElroy insisted Pennington call the city back and agree to play. McElroy and Pennington decided to create a band to perform on the Oxford Square during the festival, and And The Echo was born.

Behind the creative process, Pennington and McElroy both put their minds together to create the final production. McElroy brainstorms the music, which is followed by a filtration process before handing them over to Pennington who pins the lyrics to the electric sound.

“It’s not like a normal band where you can go into a rehearsal place and start jamming,” McElroy said. “You really have to have a foundation and an idea for a song with our kind of music before you can even start the recording process. In the spring, summer and fall, we are playing a ton of shows, and then we usually take time off around Christmas to write.”

The band takes the winter as a hibernation period to dive back into the creative process, but it can become too much of a down period and ideas can become lost, McElroy said. The band took two months to write and record new music but after spending only three days to finish one song, they knew there would be a lull of time to fill.

“In that time period, we have gotten a new logo and a new website,” Pennington said. 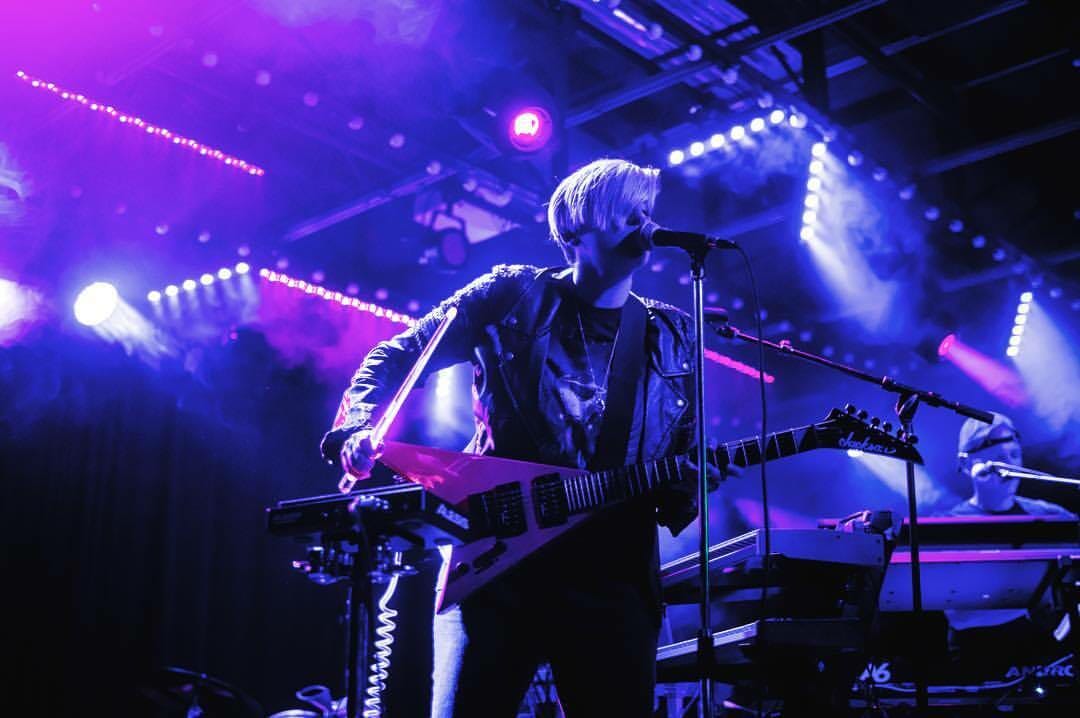 Touring has always been one of the exciting parts of being a musician for Pennington. The band has traveled across the Southeast to perform and meet fans outside of Oxford’s city limits.

“There is always room for us to grow in the South,” Pennington said. “I think that it is important as a band to remember that we have a lot of room to grow. One of the things that we are doing to get our name out there more and become more of a household name is working with a public relations specialist.”

The two share a loving friendship, but there are still some uphill battles the band faces. Branding and the business aspect has seemed to be a blockade the two must learn to conquer, McElroy said.

“Writing, recording and performing … that has 100 percent never been an issue,” McElroy said. “There has never been a speed bump [with that].”

“There is a lot of pressure because we do everything sort of D.I.Y.,” McElroy said.

The two band members currently handle everything from social media, concert booking and the production of the music, McElroy said. With the continued branding of And The Echo, the members have decided it’s finally time to hand over the reins to someone else.

The goal for And The Echo is to be able to solely focus on the music, Pennington said. Becoming full-time musicians is the main focus for these two.

The last time the band played in Oxford was in February. And The Echo has now set a new date for fans to gather and celebrate after a winter hibernation. The band will take to Proud Larry’s stage on April 28 during the annual Double Decker Arts Festival, the event that helped form the band.

“We’re about to write a summer song, just a feel good, happy song,” McElroy said. “It is going to encompass the love we have for each other.”

Even though the two may sometimes fight like family, they always come back full circle, Pennington said.

“We both tend to escalate situations,” McElroy said. “We always find a way through it. We have always been stronger and closer afterward.”

By Talbert Toole, associate editor of HottyToddy.com. He can be reached at talbert.toole@hottytoddy.com.