According to the Franklin County Times a New York-based film company will be conducting a movie regarding former Rebel defensive back Chucky Mullins’ life.

The article further reports that the movie’s title is currently “It’s Time,” after Chucky Mullins’ favorite quote based off of Ole Miss Rebels’ chant: “It’s fate. It’s football. It’s love. It’s time.” The movie is slated to air in theatres in fall of 2017.

Mullins received a horrific injury on a tackle in 1989 against Vanderbilt, where he shattered four vertebrae bones and was immediately paralyzed. Mullins then passed away two years later in 1991.

The SEC Network aired a documentary in 2014 detailing Brad Gaines, the player that Mullins hit in the horrific accident, and his life. Gaines visits Mullins grave two times a year, including Christmas day.

In honor of Mullins, a bust of the Russellville, Alabama native’s head is displayed where the Rebels would run out on the field. Per tradition, Rebel football players would touch his head for good luck.

Ole Miss also issues the Chucky Mullins Courage Award each year to a defensive player where the winner wears Mullins number 38 jersey for that respective season. The current winner is John Youngblood, a senior defensive end from Florida. 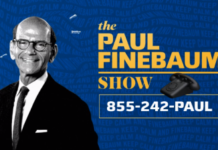 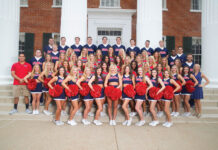