It’s been her goal all year long, and on a rainy Thursday night at Hayward Field, Raven Saunders accomplished it. The Ole Miss sophomore thrower won a silver medal in the women’s shot put at the U.S. Olympic Trials, punching her ticket to the Rio Olympics as a member of Team USA.<.h4>

Saunders, who turned 20 years old in May, makes her first Olympic team in her first attempt. The Charleston, South Carolina, native placed runner-up with a huge heave of 19.24m/63-1.5, beating out several pros in one of the fiercest American shot put competitions in history. A total of eight women threw over 18 meters, with seven of them eclipsing 60 feet.

She joins former Rebels Brittney Reese and Sam Kendricks on Team USA, as well as current Ole Miss volunteer assistant coach Gwen Berry, who qualified in the women’s hammer throw on Wednesday by winning silver with a mark of 73.09m/239-9.

Reese, Saunders and Berry will all compete in Rio for Ole Miss head coach Connie Price-Smith, who will also serve as head coach of the U.S. women’s team. Price-Smith was a four-time Olympian as an athlete (shot put, discus) and has previously coached for Team USA at several international competitions.

Also on Thursday, junior Craig Engels won his heat of the 1500-meter qualifying round in 3:41.92 to advance to Friday’s semifinals. Engels just missed a spot on Team USA in the 800 meters earlier this week when he placed fourth in the final with a personal-best time of 1:46.03.

Volunteer assistant coach Isaac Presson finished 20th out of 30 men in the 1500 meters in 3:50.01, even despite a fall down the homestretch from which he had to completely regain his footing to make it to the finish line.

Young, the last Rebel to make it to the Olympics as a current student-athlete before Saunders (London, 2012), cruised to victory in his qualifying heat of the 200 meters in 20.53. He will run in the semifinals on Friday.

Remaining schedule of the Ole Miss family of athletes is below.

For questions or comments, email us at hottytoddynews@gmail.com. 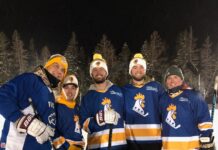 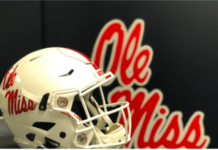 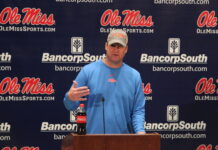