Rise and Shine: Get on up out of that bed, sleepyhead, and let’s get the day started. This classic American expression favored by all Southerners originally came over with our English ancestors via religious texts. Initially co-opted by the British and American military, the expression derives from the 1611 King James Bible translation of Isaiah 60:1: “Arise, shine; for thy light is come, and the glory of the LORD is risen upon thee.”

Nothing says Holy Week to The Old Bride more than Hot Cross Buns, which were a perennial favorite in Winston-Salem during my many years there. This slightly sweet, spiced yeast bun contains currants or raisins, and is embellished on top with a white icing cross (or X). Some recipes call for adding citron to the dough or as extra embellishment on top.

The Hot Cross Bun is popular in areas with strong eastern European and Catholic populations, and denominations such as Lutherans and Moravians. But this baked good actually came to the New World via the English, who even coined a few rhymes about them, such as “One ha penny, two ha penny, hot cross buns…” and “Half for you and half for me, Between us two shall goodwill be…”

Early Christian clergy considered the Hot Cross Bun JUST sweet enough to be an appropriate Lenten dessert. It became so thoroughly entrenched as an acceptable CATHOLIC Lenten food that the Anglican clergy of Elizabethan times tried to decree Hot Cross Buns illegal for sale. The English population objected so strongly to the Prohibition that a compromise was struck, and sale of the buns was allowed at burials, for Good Friday, and at Christmas. They remained illegal for commerce at other times through the reign of James I.

According to English folklore, buns baked and served on Good Friday will not spoil or mold during the following year. Thus, medieval English citizens were encouraged to retain a Good Friday Hot Cross Bun to use for medicinal purposes during the year, or to take one aboard ship to avoid shipwreck, or even to hang one in the kitchen to protect against fires.

Some scholars believe that the bun originated as a pre-Christian tribute to Eostre, the Saxon goddess of light, who herself probably derived from the German goddess of the dawn, Hausos, who, in turn, was tied to fertility and linked (you guessed it) to rabbits and eggs.

2 tsp of spice mixture that includes:

2 tsp milk, plus more as needed

In a small bowl, whisk together all the spices. In a large mixing bowl, sift combined spices with flour, salt and 1/4 c sugar. Set aside.

Warm 3/4 c of whole milk on stovetop but do not scald or boil. Leave milk in pot to keep it warm. Measure out 1/4 c warm milk and combine in a small bowl with 1 tsp sugar. Gently stir the yeast into this mixture and allow to sit 5 to 10 minutes, until yeast starts to foam.

Place flour mixture into electric mixer bowl. Using the mixer paddle attachment (or a wooden spoon) mix in the yeast, then the softened butter, and finally the eggs. Add remaining 1/2 c of warm milk and mix well. Dough should become quite sticky but “shaggy,” (it sloughs off in chunks). Add the raisins and orange zest and continue to beat on low speed, or turn onto floured dough board and knead by hand. If too sticky, slowly sprinkle in flour, one tablespoon at a time, until flour no longer sticks to fingers but is still somewhat tacky. (I don’t find this necessary.)

Form a dough ball in the bowl and cover with plastic wrap (or put entire bowl in an oven baking bag with the loose ends tucked underneath). Let sit, covered, at room temperature in a warm spot until dough doubles in size; which could be from 1 to 2 hours.

Line a cookie sheet with parchment paper. When the dough has risen, gently but firmly press the dough down in the bowl. Roll the ball into a log shape on the counter on a sheet of waxed paper, and cut the log into two halves. (Use a ruler or weigh the dough.) Cut each halved log of dough into 8 equal pieces. Gently roll each piece into a mounded ball and place on the baking sheet, not quite 1 inch apart. Cover with plastic wrap (I use the cookie sheet cover) and let dough arise again until doubled in volume, about 30-40 minutes.

Before placing in oven, whisk together the single egg and tablespoon of milk. Using a pastry brush or watercolor brush, brush the egg wash over the tops of the dough. Place in middle rack of oven and bake 10 to 12 minutes, until lightly browned. Remove to wire rack to cool.

While cooling, whisk together the confectioner’s sugar and teaspoon of milk, adding more of each as needed to create a stiff but spreadable frosting paste. It should not be runny. Place the frosting into a sandwich bag and snip a small piece off one corner of the bag. Once the buns have cooled, squeeze frosting through the snipped bag corner to pipe the cross decoration on top of each bun. YIELD: About 16 buns. 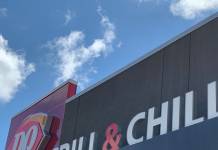