Eating your way to a new start

High as a kite: A state or condition of floating waaaay above the ground, aided by alcoholic spirits or sheer emotional giddiness. Common to all Southerners at the start of football season or at a barbecue. Think Cajuns and crawfish season.

Happy New Year to all our readers. There’s an old Southern saying: “Peas for pennies, greens for dollars, and cornbread for gold…. Eat poor on New Year’s, and eat fat the rest of the year!”

After a month of feasting on artery-clogging dishes, it’s time to ring in 2013 with real food. Everyone born south of the Mason-Dixon line knows to set the January 1 table with corn bread, rice, pork, black-eyed peas, and greens, in order to have good health and good fortune in the coming year. The tradition goes back centuries to the Old World, where citizens were encouraged or occasionally ordered to celebrate the new year by consuming foods symbolic of health and good fortune.

Nowadays, Spaniards eat 12 grapes to symbolize each month of the year, and if the 8th grape is really sweet, it adds extra good fortune. The Japanese and northern Europeans eat school fish such as cod and herring to symbolize moving forward, or shrimp for bounty – but never lobster, because those crustaceans move backwards. Certain Mediterranean cultures consume pomegranates for abundance and fertility (watch out). Greens symbolize money in western culture, and the pork or ham hock cooked with the dish represents positive motion because pigs root forward when foraging.

As early as 500 CE in Babylon, the Talmud contained instructions for local Jews to celebrate the Jewish New Year by eating  symbols of good luck, which included black-eyed peas, leeks, beets or spinach, and dates. Even today, the standard code of Jewish law and practice followed by Sephardi and Israeli Jews encourages consumption of these foods.

Sephardic Jews, who first came to Georgia during the 1730s, settled in with their black-eyed peas. Colonial plantings also expanded from Florida through the Carolinas into Virginia thanks to the vile slave traders, who introduced this relative of the cowpea from West Africa and the West Indies along with their human cargo. Containing no cholesterol and low in sodium, but high in potassium, iron and fiber, this lowly legume became a culinary lifesaver for all starving Southerners after General Sherman’s pillaging Yankees stripped the land of everything except animal fodder. Black-eyed peas later became a global Southern agricultural staple after George Washington Carver discovered they replace nitrogen in cotton-depleted soil.

GREENS
Use turnip greens, mustards, kale, or mixed. Collards require a bit more processing to tenderize, but the theory is identical. Cooking a good large pot of greens can be an all-day stove-top affair. Slow-cooker greens require much less water (about 1 cup).

Gently wash fresh greens and drain in large colander. Strip away stems and woody parts. Bring to a boil to blanch the greens, drain through colander, place back in pot and refill again with water to cover greens by about 2 inches. Add whole pepper, ham or ham hock, and red pepper flakes. Boil about 10 minutes, then lower heat and simmer about 2 hours. Add vinegar, sugar (if greens taste bitter), pepper sauce, optional salt and black pepper. Simmer another hour, or until water cooks down to intense green pot likker “gravy.” Serve with hot cornbread.

Spray a 9×13-inch glass casserole dish with cooking oil. Cook rice according to package directions, including basmati and additional 1 c water.  Set aside. Brown meat in butter or olive oil. Add onion, bell pepper and seasonings, stirring until onions are translucent. Drain off grease. Combine soup, cooked rice, black-eyed peas, beef mixture, half the cheese, and seasonings (and jalapeño if desired). Pour into prepared pan, and sprinkle with remaining cheese. Bake at 350˚F in preheated oven about 25-30 minutes until bubbly. YIELD: About 12 servings. 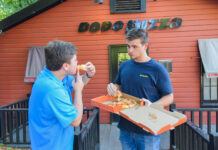 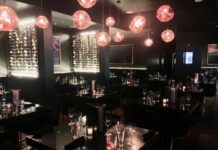 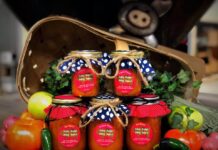