With all the news about Hostess Brands possibly going out of business and there being no more Twinkies, I was reminded of a column I wrote back in 1995.  It all started with talk of all the different Jell-O molds (such as a C herry Coke)  Southerners were fond of making.  One reader commented, “How tacky!”

“If you’re going to be trashy, you might as well write about a ‘Twinkie Pie,'” continued my critic.  I accepted the challenge but not being a real junk food junkie, I had to do some research.

In The Encyclopedia of Bad Taste by Jane and Michael Stern, I found that “Creative chefs, flouting all rules of epicurean propriety, have invented many ways to use Twinkies as the star ingredient in baroque desserts such as ‘Twinkie Pie’ (layer them with custard, whipped cream and chocolate chips).'”

That sounded simple and fun so I decided to make a ‘Twinkie Pie.’  Of course, I made a substitute—jellybeans instead of chocolate chips—for the Easter season.

Now before you turn up your nose, let me refer to a recipe from the Thomas Jefferson’s CookBook.  Naturally, being UVA alumni, my late husband George and his first-born Sage revered TJ as a great intellect and the epitome of a true gentleman—nothing trashy here.  Besides, Jefferson was also known as a gourmet and epicurean.

So check out a recipe by Mrs. Mary Randolph from TJ’s cook book for a trifle, calling for slices of sponge cake or Naples’ biscuits in the bottom of a deep dish, moistened with white wine, topped with rich boiled custard and whipped cream, seasoned with white wine and sugar, and decorated with preserves of any kind.

Now compare that two-hundred-year-old recipe with my simple, modern-day version.

Make pudding according to package directions and pour evenly over the Twinkies.

Spread with Cool Whip and sprinkle jellybeans or whatever your choice of decoration on top.

Refrigerate until ready to serve.

NOTE:  Eat the tenth Twinkie while sipping Classic Coca-Cola or an RC.

I can be reached via e-mail at sbmcooks@aol.com. 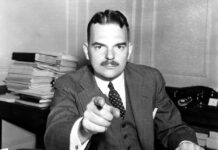 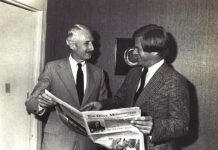 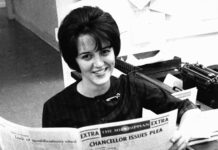