The Oxford Film Festival’s 12th Weekly Virtual Film Fest, Virtual Art House and OFF to the DRIVE IN films are highlighted by politics, activism, and big personalities onscreen.

The Virtual ART HOUSE screenings are highlighted by four films demonstrating four very different takes on the idea of female power. They include documentary portraits of entertainment legend Kaye Ballard in Dan Wingate’s KAYE BALLARD – THE SHOW GOES ON, and the literature and activism of Flannery O’Conner in Elizabeth Coffman and Mark Bosco’s FLANNERY, as well as Praveen Morchhale’s critically-acclaimed drama WIDOW OF SILENCE about a Muslim woman trying to care for her child in war-ravaged Kashmir, and Emily Harris’ lesbian vampire story CARMILLA.

OFF to the DRIVE IN screens the next film in the Raiders of the Lost Ark film series with INDIANA JONES AND THE TEMPLE OF DOOM, the Catskills coming-of-age romance classic DIRTY DANCING, and THE SECRET LIFE OF PETS 2 for the kids.

Oxford Film Festival Executive Director Melanie Addington said, “We’ve decided to ramp up in our last six weeks of the virtual festival with more Q&As and titles each week while also launching a second drive in location in Water Valley. This year’s big experiment has proven that one thing remains true – people love movies and we feel so lucky to be able to provide safe ways to still enjoy them this year.”

IN FLOWERS THROUGH SPACE
Director: Dennis Cahlo
Country: USA, Running Time: 66min
The Fibonacci Sequence has long been witnessed in nature and the universe but rarely used in creating an album. In director Dennis Cahlo’s first full length documentary, we follow producer/engineer E Scott Lindner as he uses the sequence to create a very unique album and has some incredible revelations about the universe, creativity, and life along the way.
Screens with

ALL I HAVE TO OFFER YOU IS ME
Director: Dillon M. Hayes
Country: USA, Running Time: 13 min
Larry Callies was an aspiring country-western singer when he developed a degenerative vocal cord disorder that ended his career. The film follows Larry as he finds his voice again.

ALL EYES ON ME
Director: Saber Tatarcheh
Country: Iran; Runtime: 11 min
A girl that was born in a religious family decides to tattoo her beliefs as a sentence on her body in an underground tattoo shop, when she arrives she faces an unexpected character.

DEUCE
Director: Alice Felgate
Countries: USA/UK; Runtime: 9:22 min
A girl checks into a beautifully remote five-star hotel – but what is she up to? All is revealed in DEUCE – a quirky family dramedy about the daughter of a tennis pro. She is her father’s champion and cheerleader. Together they can take on the world.

ELEPHANT IN THE ROOM
Director: Chanelle Eidenbenz
Country: USA; Runtime: 19:30 min
Irna senses that the relationship with her son Jago is getting more and more hopeless. She seeks refuge in her own world, whose center is Elias, a rubber doll. While Irna holds on to her own reality with all her might, Jago is desperately trying to make his mother understand.

MY TIME
Director: Giulia Gandini
Country: UK; Runtime: 5:49 min
A 12-year-old girl has her first period in class. Her skirt is stained red. She is up next to present her final paper in front of all her peers. Will she find a way out of the ‘uncomfortable’ situation?

SYNCHRONIZATION
Director: Anna Kasińska
Country: Poland; Runtime: 19:54 min
In 2084, when the male sex is near extinction, four women wait for their menstrual cycles to synchronize. They all want to become mothers but there can only be one donor. When the day comes, Donor finally appears at their doorstep. During dinner he suffers an accident and seems to be dead.

A COLLECTION OF ATTEMPTS IN ASTRAL TRAVEL
Directors: Rachel Nakawatase, Ryan Betschart
Country: USA; Runtime: 7 min
In 1990 parapsychologist D. Scott Rogo, an expert in the study of astral projection and an accomplished oboe player, was murdered in his Northridge home. The crime remains unsolved.

AVE VARIATION #10
Director: Richard H. Alpert
Countries: Spain/USA; Runtime: 9:21 min
This film is a mirrored triptych, that is the screen has been divided into three vertical panels and then “flipped” horizontally. Hurtling through time and space aboard a bullet train in Spain, we observe a changing, dynamic landscape. The flow of time and space are intensified as these images morph from a representational interpretation of the landscape to a contemporary abstract interpretation.

THE EDUCATION OF A GIRL CHILD
Director: Gabriela McNicoll
Country: USA; Runtime: 3:02 min
Experimental film using archival footage to highlight the struggles of mothering a daughter in a society where aggression and violence is cultivated in boys at an early age.

OUT OF TUNE
Director: Aaron With
Country: Mexico; Runtime: 9:30 min
In an advanced society that worships a musical chord, a maintenance worker who tunes sonic shrines is thwarted by teen vandals.

OFF to the DRIVE IN

BLACK PANTHER (2018)
Director: Ryan Coogler
County: USA, Running Time: 134 min
T’Challa, heir to the hidden but advanced kingdom of Wakanda, must step forward to lead his people into a new future and must confront a challenger from his country’s past.

DAZED AND CONFUSED (1993)
Director: Richard Linklater
Country: USA, Running Time: 102 min
The adventures of high school and junior high students on the last day of school in May 1976.

FERRIS BUELLER’S DAY OFF (1986)
Director: John Hughes
Country: USA, Running Time: 103 min
A high school wise guy is determined to have a day off from school, despite what the Principal thinks of that.

FROZEN (2013)
Directors: Jennifer Lee, Chris Buck
Country: USA, Running Time: 102 min
When the newly crowned Queen Elsa accidentally uses her power to turn things into ice to curse her home in infinite winter, her sister Anna teams up with a mountain man, his playful reindeer, and a snowman to change the weather condition.

INDIANA JONES AND THE TEMPLE OF DOOM (1984)
Director: Steven Spielberg
Country: USA, Running Time: 118 min
In 1935, Indiana Jones arrives in India, still part of the British Empire, and is asked to find a mystical stone. He then stumbles upon a secret cult committing enslavement and human sacrifices in the catacombs of an ancient palace.

SECRET LIFE OF PETS 2
Directors: Chris Renaud, Jonathan del Val
Country: USA; Runtime: 1hr 26min
Continuing the story of Max and his pet friends, following their secret lives after their owners leave them for work or school each day.

STAR WARS: EPISODE V – THE EMPIRE STRIKES BACK (1980)
Director: Irvin Kershner
Country: USA, Running Time: 124 min
After the Rebels are brutally overpowered by the Empire on the ice planet Hoth, Luke Skywalker begins Jedi training with Yoda, while his friends are pursued by Darth Vader and a bounty hunter named Boba Fett all over the galaxy.

CARMILLA
Director: Emily Harris
Country: USA, Running Time: 96 min
15-year-old Lara lives with her father and her strict governess, Miss Fontaine, in total isolation and is struggling to find an outlet for her curiosity and burgeoning sexuality. When a carriage crash nearby brings a young girl into the family home to recuperate, Lara is enchanted by the eponymous Carmilla. Based on the 1872 gothic novella of the same name, the quintessential “lesbian vampire” story has been adapted previously as Roger Vadim’s BLOOD AND ROSES and the Hammer classic THE VAMPIRE LOVERS. In this new interpretation, director Emily Harris strips back “the supernatural tropes of Sheridan Le Fanu’s novel in order to dive deeper into the motivations and behaviors that turn love and openness into hate and destruction.”

KAYE BALLARD – THE SHOW GOES ON
Director: Dan Wingate
Country: USA, Running Time: 90 min
KAYE BALLARD – THE SHOW GOES ON is a wondrous reflection on the achievements of “the greatest star you hardly knew.” From big bands to Broadway, radio to recordings, and television to the big screen, Kaye Ballard did it all and proved to be one of the most multifaceted talents to ever hit the stage and screen. Delightful moments are captured in rare archival footage and recent interviews with Kaye’s long-time pals Ann-Margret, Carol Burnett, Harold Prince, Carol Channing, Michael Feinstein, Rex Reed, and others, as well as with Kaye herself.

WIDOW OF SILENCE
Director: Praveen Marchhale
Country: India, Running Time: 85 min
Her husband arrested, his fate a mystery, a Muslim woman in war-ravaged Kashmir lives in a grueling legal limbo as a “half-widow,” battling a cruel bureaucracy while trying to care for her daughter and mother-in-law. Through exquisitely composed visuals deeply influenced by the late Kiarostami, filmmaker Praveen Morchhale transports the audience into a world of breathtaking beauty and nihilistic bureaucracy rarely shown on screen.

OFF to the DRIVE-IN TICKETS AT CANNON LOOP

OFF to the DRIVE-IN TICKETS AT WATER VALLEY 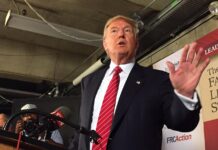 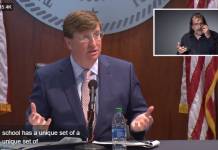