Ole Miss named Jaylan Davis as its new head cheerleading coach on Monday. He takes the reins of one of the nation’s premier cheer programs. 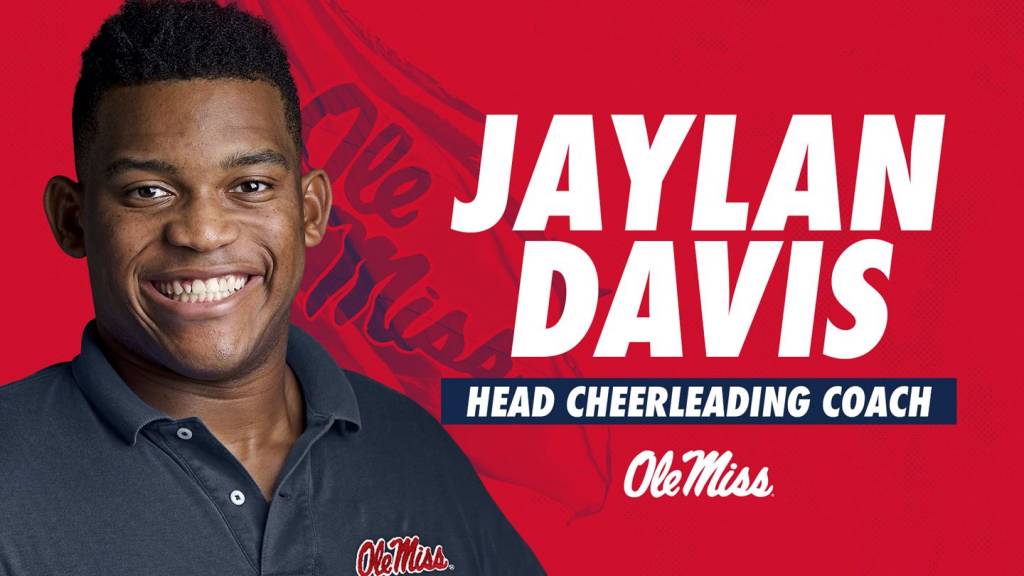 Davis comes to Oxford from Texas State, where he spent two years as an assistant coach for the Bobcat Game Day team. In 2019, Davis helped Texas State to a ninth-place finish at the UCA National Meet. During his stay in San Marcos, Texas, Davis was also an academic coach at the university’s Personalized Academic and Career Exploration Center.

“I am extremely honored and ecstatic to be joining such a traditional and exemplary program,” said Davis. “I would like to thank the Ole Miss athletic administration for allowing me this opportunity and also my former coaches and mentors for helping me get to where I am today.”

Davis was also the UCA/NCA Southwest Texas State Director for varsity spirit in New Braunfels, Texas since December of 2018. In his role, Davis was responsible for recruiting, managing and growing business in the South Texas area. Additionally, Davis coordinated and organized camps and clinics for the territory.

Since 2016, Davis has been ahead instructor with the UCA, teaching fundamentals to athletes at all levels and training staff across the country on the processes necessary to properly set up and run successful camps. Davis has also been a part of the event crew for the NCA, ensuring successful meets at the local, regional and national level.

Davis graduated with a bachelor’s degree from the University of Alabama in 2018. There he competed for four years with the Crimson Tide program and helped Alabama capture the 2015 UCA National Championship. Davis has also competed with the USA National Team, garnering gold medals at the 2018 ICU World Championships and 2019 Pan American Games.