Competition can come in many forms for different people. People are competitive about football, hockey, NASCAR, and even video games. One of the most popular competitive video games in the world is Super Smash Bros., a Nintendo series that began all the way in 1999 on the Nintendo 64.

Super Smash Bros. is a series in which characters from many different franchises, such as Mario, Pokémon, and The Legend of Zelda, duke it out to be the last one standing by knocking each other off of the stage. Originally intended to be a friendly, casual video game, a community of players began hosting tournaments in 2002, a year after the second installment, Super Smash Bros. Melee, released. Small tournaments in comic book stores have since grown into massive tournaments that draw in upwards of two thousand competitors and have prize pools of up to $50,000.

Joshua “Ataraxia” Caraway is a fourth-year Ole Miss student from Oxford, Miss., who is majoring in mechanical engineering. When he isn’t busy studying, he’s practicing and competing in the latest installment of the Super Smash Bros. series, Super Smash Bros. Ultimate. Through his efforts, Caraway has earned himself the number one spot on the Mississippi Power Rankings, a ranking system used in Super Smash Bros. communities all across the world. The ranking system accumulates different tournament placings throughout the season and gives competitive players a ranking based on their placings.

Caraway has been a fan of the Super Smash Bros. series long before he started competing.

“I started playing Smash when I was around eight,” Caraway said. “My brother got a Nintendo 64 for Christmas in the early 2000s and Smash 64 was one of the first games we picked up. Even before I knew about competitive play, I sunk a ton of hours into the series with my brother and sister, especially in Smash Brawl.”

“Sometime in 2013, I saw a post on Reddit about how the Melee community had made their huge donation drive to get featured as a mainstage game at EVO,” Caraway said. “Since Melee was my favorite in the series, I wanted to see what that looked like. Watching the top eight finals for that game blew me away because they kept using all these techniques I’d never seen before, and that got me psyched to start looking into competitive Smash more seriously and enter tournaments.”

EVO, also known as Evolution, is hosted in Las Vegas and is the biggest fighting video game tournament series in the world, and features many fighting games such as Super Smash Bros. and Street Fighter.

EVO was also the first double-elimination tournament that Caraway entered, where he won four matches before he was eliminated.

“I asked to participate in EVO 2016 as a high school graduation present,” said Caraway. “It was pretty loud, but in a hype way. People were popping off hard over friendly matches and the matches being played on stage, so it was easy to get drawn in and just watch during downtime. It was surreal seeing a ton of players that I only knew from their tournament videos in person.”

After EVO, Caraway began entering and winning tournaments in Memphis, Starkville, and central Mississippi. He eventually found a fellow competitor at Ole Miss, and they began to start growing the community in Oxford. They started small, but the release of Super Smash Bros. Ultimate in 2018 brought in more consistent players.

At the beginning of summer in 2019, Caraway worked with other dedicated players in the state to unify the Mississippi community.

“Since last summer, a bunch of tournament organizers around the state and I started working together to revitalize the scene,” Caraway said. “We promoted traveling throughout the state, established a statewide tourney schedule, and advertised a ton. As a result, we’ve wound up tripling in size this past year alone, and competition here is so much bigger and better than before. We were even able to host a regional tournament with over 100 entrants filled primarily with Mississippi players last semester. This is probably the best state Mississippi Smash has ever been in.”

Caraway has won many tournaments during his years of competing, but he still has other goals he wants to accomplish.

“My next major goal is to win a tournament with over entrants,” Caraway said. “Which may or may not come after getting a bracket win on a top 50 player.”

With goals like these in mind, Caraway isn’t going to stop competing anytime soon.

“I don’t think I’ll ever get bored with this series. The games feel so dynamic that it feels impossible to ever hit that wall of ‘same old same old’. I can’t wait to see how the series develops from here.” 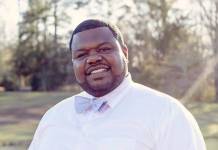