Should someone who was allegedly trying to use a counterfeit bill be subject to the death penalty? Obviously, the answer is no, but as we know that is the story of George Floyd. Because of excessive police force, another man has lost his life and his future.

This has led to varied reactions, from peaceful protests to violent riots to turning off the television or shutting down social media. Wherever you may fit, we know something needs to change. When it comes to police reform policy, where does that start?

End the practice of qualified immunity. When it comes to reform, few items have received more attention than what is known as qualified immunity, a practice that essentially shields law enforcement and all government officials from accountability for their actions.

This is a creation of the Supreme Court and because of it Floyd’s family would likely have their claims against the officers dismissed because there isn’t a case from the 8th Circuit Court of Appeals (the jurisdiction for Minnesota) or the U.S. Supreme Court specifically holding that it is unconstitutional for police to kneel on the neck of a handcuffed man for nine minutes. With qualified immunity, you need to show that the rights were “clearly established.” A high and unnecessary bar.

What does that look like? In Georgia, deputies attempted to shoot a dog, who did not even pose a threat, missed, and hit a 10-year-old child. The family of the child filed suit, but that was rejected by the 11th Circuit Court of Appeals because they could not find precedent declaring this type of conduct unconstitutional. The 11th Circuit even added that the officer should be protected because the officer meant to shoot the dog – not the child.

Currently, the Supreme Court is hearing 13 different petitions to reconsider qualified immunity and a bill has been introduced in Congress to abolish the practice.

Require liability insurance for law enforcement. Similar to medical malpractice insurance for doctors, liability insurance for law enforcement would hold individual officers accountable rather than shifting the burden to taxpayers for agency-wide payouts. Essentially, this incentivizes good behavior as fewer mistakes equates to lower costs. Very similar to your auto or home insurance. Conversely, if an officer becomes too high of a risk, they would become uninsurable, which is probably a good sign they shouldn’t be employed.

On a similar note, we could prevent future uses of force by stripping certification for misconduct. This could be done by a council that is made up of civilians and/or elected officials.

End the militarization of law enforcement. Local law enforcement agencies are allowed to freely acquire surplus military equipment for their work. This could include tanks, grenade launchers, helicopters, assault rifles, and various other military items. Law enforcement and the military are not the same thing, and do not do the same work. The legislature should prohibit agencies in Mississippi from participating in this program.

Require body cameras. Because of technology, we have been able to see numerous examples of police misconduct that we otherwise might not have. But we should continue to move forward with policy that requires body camera use when force is being used by an officer or when a warrant is being served. After all, cameras show us not just wrongdoings of officers, but they can protect officers from dubious claims. If funding is needed, the legislature can create a grant program from forfeiture funds and oversee the disbursement of funds to local agencies.

Require reporting of misconduct by fellow officers. Officers should hold each other accountable, but we have reporting from the Department of Justice that says that usually isn’t the case. According to the report, 84 percent of police officers have seen colleagues use excessive force on civilians, and 61 percent admit they don’t always report ‘even serious criminal violations that involve abuse of authority by fellow officers.’ Instead, we should legally require officers to report their colleagues who abuse their power and use excessive force. If they don’t, they should be held accountable. And those who bring forward complaints about misconduct should be protected from retaliation.

We all want to live in safe communities. We all want to support law enforcement. But we cannot continue to turn a blind eye on those who are suffering because of bad actors. Those individuals need to be held accountable. But that won’t happen until we have the will to make the necessary reforms. 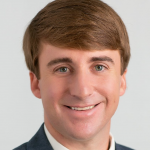 Brett Kittredge is the Director of Marketing & Communications of the Mississippi Center for Public Policy, the state’s non-partisan, free-market think tank.