One local restaurant and two individuals have already been cited for illegal gathering by the Oxford Police Department.

According to Oxford Police Chief Jeff McCutchen, OPD has written three citations for illegal gathering since the city passed a resolution last week limiting the gathering of more than 10 people to help control the spread of COVID-19. 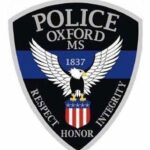 Restaurant dining rooms were closed; however, they can still offer curbside pickup or delivery services. The restaurant cited Thursday allowed people waiting to pick up food to wait inside their lobby. After a warning earlier in the evening, officers returned later and still found people waiting inside and issued a citation.

The city has also responded to large parties and people gathering around pools at apartment complexes, which should be closed as of 5 p.m. today when the statewide – and city – shelter in place order goes into effect.

Two citations have been issued to individuals for having large gatherings.

Those who are cited for illegal gathering will have to appear in court before a Municipal Judge and face up to a $1,000 fine and even the possibility of 90 days in jail, depending on the severity of the infraction.

McCutchen said OPD will be aggressive in enforcing the order and breaking up gatherings of more than 10 people and checking on businesses to make sure they are also adhering to the mandates of the Executive Order passed by Gov. Tate Reeves and the Oxford orders passed by the Oxford Board of Aldermen.

“This is a very serious time for our community, state and nation,” McCutchen said Friday. “We are all having to adjust our normal routine and habits. This should not be a free time to gather and party, lives are at stake.”

McCutchen said he encourages anyone who may be thinking of hosting a gathering to pause and think about the men and women in the community who are without jobs.

“We have so many people that will go to bed tonight not knowing how to keep food on the table or how to provide for their children,” he said. “When you think this pandemic is no big deal, stop and think of them. Stop and think of the families that are losing loved ones daily.

“We have to work together for the good of our people. We are putting lives in jeopardy and keeping people from being able to provide basic needs if we are not pulling the rope in the same direction. You may not take that serious but I can assure you that we do, and we will respond appropriately.”