The Lafayette County Sheriff’s Department made three separate arrests recently in unrelated felony cases that all involved assaulting their victims with either their hands, a car or a gun.

On March 23, an affidavit was filed in Justice Court on Charles Montgomery for aggravated assault. He allegedly hit another person with a vehicle. He was arrested on Wednesday. He was booked into the Lafayette County Detention Center and his bond was set at $2,000 at his initial appearance hearing.

Deputies responded to a residence in the area of County Road 512 to take a report of a domestic assault. After an investigation was conducted, Deputies arrested Ricker and transported him to the Lafayette County Detention Center.

Ricker is currently awaiting an initial appearance and is being held at the Lafayette County Detention Center. Bond was set at 5,000 dollars by a Justice Court judge.

On Wednesday, investigators arrested Timothes Stanford for aggravated assault and weapon possession by a felon.

Stanford was involved in an aggravated assault in the Abbeville area on March 23. He led deputies on a chase through county roads and alluded arrest – that is until Wednesday. 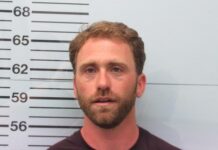 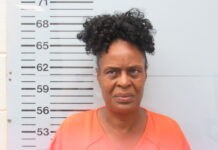