Neff and the students often would be working on a large wooden table with drafts laid out to focus on their writing, said Wilson, chair of the Arch Dalrymple III Department of History. There’s nothing uncommon about such an “open door” policy between UM faculty and students, but what was remarkable about it was just how often students took advantage of it.

Neff met with them far more than most other faculty members, Wilson remembered.

“It really impressed me,” Wilson said. “It’s not like the students were nervous and tense. They were comfortable and settled in for a long conversation. This wasn’t going to be a five-minute chat. He was really invested in them. He was just so very approachable.”

Neff, 58, a California native who joined the Ole Miss faculty in 1999, died Jan. 30 in Oxford. His students and colleagues remember his insatiable curiosity and an ability to gently challenge his students to examine their preconceived notions on even the most difficult subjects. He also founded the university’s Center for Civil War Research and leaves behind an impressive scholarship on the topic, which made him a magnetic figure to many on campus.

“Our graduate students sought him out,” Wilson said. “He was like the wise guy with the beard you could go to for helpful suggestions on a lot of things.”

He was kind to them, but not a pushover. He was able to find ways to gently challenge them.

“He did put people in their place, but he was very gentle in the way he delivered criticisms and suggestions,” Wilson said. “He wanted students to be aware of a range of interpretations and that often their views were the product of a kind of a very particular view of the Civil War.

“He talked in this very constructive tone that allowed students to reach conclusions on their own without having it forced on them. That is very difficult to do.”

Those conversations will be no more. The door to his office in Bishop Hall is closed and there are flowers on the floor and little notes left by those who loved him.

Beth Kruse, one of Neff’s doctoral students, revered him as a brilliant Civil War historian, but also as someone who recognized how public memory influenced the way the Civil War is understood and remembered. She and Neff were just beginning to work together, so Kruse said she doesn’t know just how much or what she has lost with his death, but she knows the things she learned from him cannot be duplicated.

She said she will honor Neff’s memory by crediting him in everything she writes until her career is finished.

“It is an opportunity lost forever,” Kruse said. “He was a mentor who I respected for his scholarship, his guidance, his compassion and his willingness to fight for his students when they encountered obstacles.

“I credit him as the singularly most pivotal professor of my higher education, but I also have his example as an overall ‘good guy’ to emulate as my career continues.”

His historical memory teachings changed the way she thinks about her specialty, Civil War military prisons, and she said those lessons will guide her future work.

Historians study people, places and events to find insights into origins, meanings and consequences of particular events and times. But Neff taught Kruse the important lesson that it’s the contemporary actors, their children, their admirers and even the not-so-admiring writers, and historians who shape the way historical people and events are remembered.

“Dr. Neff guided me in understanding opposing groups, their collective memory and their power to influence others’ thoughts and feelings about an event over time and how understanding their shared bonds and motivations applied to my understanding of Civil War prisoners of war,” Kruse said.

The professor was born in Downey, California, and earned a bachelor’s degree in history from California State Polytechnic in 1989. He received his master’s from the University of California in Riverside in 1993 and completed his Ph.D. there in 1998 before joining the Ole Miss faculty a year later.

He was the College of Liberal Arts Outstanding Teacher of the Year in 2005, won the University of Mississippi Humanities Teacher of the Year award in 2009 and won the Elsie M. Hood Outstanding Teacher Award in 2009. His is the author of “Honoring the Civil War Dead: Commemoration and the Problem of Reconciliation” (University Press of Kansas, 2005).

He is survived by his wife, Kathy Neff, of Oxford; two daughters, Molly Neff, of Oxford, and Autumn Smith-Neff Ferguson, of St. Louis; and a son, Ben Neff, of Starkville, among others.

In 2018, he served on the Chancellor’s Advisory Committee on History and Context, which unveiled of six new markers that give important historical context to sites on campus.

The plaques were placed at Barnard Observatory, Lamar Hall, Longstreet Hall and George Hall; a plaque recognizing the university’s enslaved laborers in the construction of Barnard Observatory, the Old Chapel (now Croft), the Lyceum and Hilgard Cut; and a plaque contextualizing the stained-glass Tiffany windows in Ventress Hall that recognize the University Greys, a Civil War company of primarily UM students that suffered 100 percent casualties – killed, wounded or captured.

During the ceremonial unveiling, Neff spoke eloquently and received a standing a standing ovation. He said the university was at a “crossroads.”

“Thus, as we confront today’s crossroad, accompanied by the perspective permitted by both history and memory, we also acknowledge that the decisions made in the past are not our decisions today,” Neff said. “By contextualizing these important aspects of our campus, we emphasize the distance we have traveled between our time and theirs, all the crossroads through which we have passed.”

Lee Cohen, dean of the College of Liberal Arts, has a strong memory of the professor, which was formed in large part by his work on the committee. Neff always garnered respect from people across the political spectrum for his deep knowledge of the history of the university and Mississippi, Cohen said.

“He was a generous colleague who served as the director of the Civil War research center and led the critically important work of campus contextualization,” he said. “John was the go-to campus expert on these issues.

April Holm, associate professor of history, helped run the Center for Civil War Research with Neff, who had founded it in 2009. She worked closely with him each day and remembers him as a great teacher, colleague, mentor and friend to many.

“He leaves behind a hole in the department that cannot be filled,” Holm said. “He was always full of ideas, and had a great vision for engaging the community, the state, and the nation with the history and memory of the Civil War. He thought and spoke beautifully about the problems of living with our past.”

Neff taught with a keen sense of how to challenge his pupils without discouraging them, Holm said. She described him as a pillar of the graduate program who guided many students through their advanced degrees.

Sarah Elliott, another of Neff’s doctoral students, said it will be difficult not to model everything she does in research and teaching after Neff’s work. She also will carry with her memories of how relatable he was.

“I think teaching was always his first priority because he cared so deeply about the research he was doing, and teaching allowed him to really make use of it,” Elliott said. “In this profession, you’re encouraged to prioritize publishing articles and working on your book projects, but John Neff was most active in the classroom and in things like the contextualization committee because I think he saw these efforts as the best use of his research and the best way to share it with other people.”

Neff carried with him a deep curiosity about the world around him, which contributed to him being a repository of information not related to the Civil War, or his research, Elliott said.

“He could tell you the history of the building you were standing in and the person it was named after, why the lamp posts visible from his office window were designed the way they were, and so many other tidbits of information that probably never would have crossed your mind otherwise,” Elliott said.

He encouraged students to slow down and think deeply about questions and problems alike. He had faith that this approach would allow them to find the solution. He knew the value of rumination, she said.

“He recognized the value in silence and stillness, and in letting the questions – and hopefully the answers as well – come to you,” Elliott said. “I think that’s why he had such an irreplaceable presence in the history department: he observed the world in such a way that allowed these questions to come to him, and then he went out and found the answers.”

She is grateful for the brief moment in her life she crossed paths with Neff.

“He cared so deeply about his undergraduate and graduate students as well as his community here in Oxford,” Elliott said. “If I can become half the teacher that he was, then I will consider myself very lucky.” 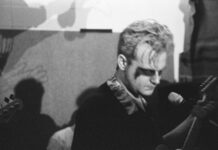