The Lafayette County Board of Supervisors will again discuss the naming of appointees to the Oxford-Lafayette County Economic Development Foundation (EDF) Board of Directors on Tuesday after tabling the issue earlier this month for further discussions about the direction of the organization.

The critical duty to appoint members to the community’s board of economic policymakers arises once every four years – previous appointees’ terms expired on Dec. 31, 2019.

Discussions among community leaders about the adequacy and effectiveness of the EDF’s Economic Development Plan, last updated in October 2005, have intensified over the last year. Data gathered and decisions made during the implementation of the city of Oxford’s Vision 2037 Plan (adopted in 2016) and Lafayette County’s Comprehensive Plan (2017) enhanced community understanding of current economic priorities and altered the framework for future growth.

Lafayette County is the largest contributor to EDF, providing $165,000 per year or more than 40 percent of EDF’s annual revenue. The funds are collected via a special economic development tax levy of 0.3 Mills.

With two newly elected supervisors, recently updated comprehensive plans and new openings on the EDF Board, the Board of Supervisors has a significant opportunity to evaluate the direction of EDF as well as identify new business and community leaders who may be willing to serve and bring fresh perspectives and ideas to economic policy decisions that will impact Lafayette County’s economy for decades to come.

Empty Bowls Brings Together the Community Over Soup 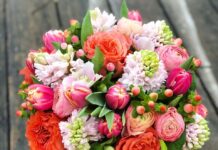 Plenty to do in Oxford to make Valentine’s Day Special 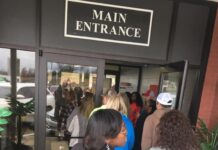 Lafayette Middle School Student Council Members are on the Move