The film is a dramatic telling of the story of Ole Miss Rebel football player Chucky Mulllins, his tragic on-field injury and its uplifting aftermath. The event will include a post-screening discussion of the film with the actors and some of the people they portray in the film.

“This is one of those stories that most everyone in Mississippi is familiar with and in many cases, has been touched by personally, in some way. It will be a wonderful evening for people in Oxford to come together to celebrate and honor a story and the people behind it that made a difference in so many lives – and continues to do so.”

“IT’S TIME” tells the story of Ole Miss Rebel defensive back Chucky Mullins, who, in 1989, became paralyzed while making a tackle against Vanderbilt player Brad Gaines. Mullins and Gaines were forever linked due to the aftermath of that play and a relationship was born out of tragedy.

Tickets to the gala event are $75 and sponsorship packages are also available. Half of the proceeds will go to the Chucky Mullins Foundation.

Ticketing and additional information can be found here.

ABOUT OXFORD FILM FESTIVAL
The Oxford Film Festival was founded in 2003 to bring exciting, new, and unusual films (and the people who create them) to North Mississippi. The annual five-day festival screens short and feature-length films in both showcase and competition settings. The festival is a 501c3 not-for-profit organization. For more information, visit www.oxfordfilmfest.com. 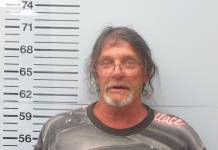