Hotty Toddy News has recently learned that the man who fell from a water tower in Oxford earlier this month has reportedly died.

However, any information on the man’s identity is still unknown.

Oxford Mayor Robyn Tannehill told Hottytoddy.com Friday that a third-party source informed her that the unknown worker died from the injuries he sustained when he fell about 60 feet while working on the tower on Dec. 3.

Tannehill said she did not have the man’s name or “any other details.”

The man worked for Pheonix Fabricators and Erectors out of Avon, Indiana and was not a city employee. The company had been contracted by the city of Oxford to build a new water tower behind Kroger off University Avenue.

The man was airlifted to Region One Health-Memphis where he was in the ICU in critical conditions for several days after the fall.

Attempts to reach Pheonix Fabricators and Erectors for additional information on the worker have been unsuccessful. 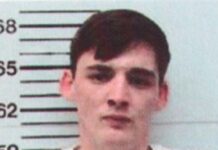