I vividly remember celebrating Thanksgiving with my family through the years. We would watch the Macy’s Thanksgiving Day parade with all the floats and balloons. Of course, there was no SpongeBob or even Smurfs at that time, but it was still impressive to us kids.

I also remember seeing scenes of the Kennedy family at their compound in Massachusetts. They were portrayed as the all-American family and engaged in a game of football on a large, grassy playing field.

I had a vision of what their elegant Thanksgiving feast might look like—all the china and crystal with many pieces of silver, even at the “kids’ table” if there were such a thing for the Kennedys. I wondered whether the TV blared in the background as it did with our family gathering.

Our celebration was more Beverly Hillbillies than Kennedy-esque. The tablescape at our house was definitely not an elegant setting. We had very ordinary dishes and many mismatched pieces. But no one seemed to notice or care. We were a noisy group and it was a happy one with everyone talking at once and being louder than the next.

My mom was a very good cook and we each had our favorite traditional dishes that we were eager to gobble up. She made bread stuffing, which is quite different from the Southern cornbread dressing. My grandfather, Ashton Rudd, referred to her stuffing as “wadding” since she put a lot of stuffing into the turkey—as much as possible, with some on the outside, too. Thus the “wadding” reference. Mom made a delicious cranberry salad. I recall the time she gave me the task of making the cranberry salad. For whatever reason, making jello has been a challenge for me through the years. I’m not a big fan, therefore I rarely make it. But when I do, it is always a toss-up as to whether it would “jell.” This was one of those times that it didn’t “jell” and everyone teased me about it. And not just that time, but continued through the years.

Then there was the year that Mom decided to order a “pre-fab” dinner package including most of the dishes we would normally serve. It was highly advertised by Kroger—the best Thanksgiving dinner, comparable to a catered affair. Seemed like a good idea. But, alas, it was a disaster! The turkey was undercooked, the stuffing a bland ball of yuck. My mom was horrified and we scurried around to come up with substitutes, much to our disappointment.

While our children were growing up, my husband and I combined family traditions continuing with many of the same dishes along with several additions. I am happy to report that I have had great success (fingers crossed for this year’s feast) with getting the cranberry salad to jell! I give a good deal of thought to the table settings at our home. I will never match what I imagined the Kennedy table looked like, but I try to set an inviting table. I don’t want it to be too formal, because as I said, we are more Beverly Hillbillies (without the pot passers from the billiard table) than Kennedy elegant.

Keep in mind that the post-meal entertainment is football. Well, maybe not football by itself but with a nap, which generally involved a lot of snoring. So much so that we actually recorded the cacophony to playback for those who insisted they weren’t snoring. Think Facebook and YouTube for your post-meal amusement.

Back to the Macy’s Thanksgiving Day Parade. You must remember that at the end of the parade, Santa arrives! It was the best part of the parade in my opinion. It definitely enhanced Thanksgiving for me and it was a nod to the start of the Christmas holidays. I still get that sense of excitement when I watch this.

It is my fervent belief that it doesn’t matter if it’s a holiday, if the food is home-cooked or take-out, gather your family to your table and share the little moments which are the unforgettable moments that you and your family will cherish forever. Most importantly, don’t forget to celebrate the lives of the family members, friends, and loved ones who no longer sit at your table.

May your Thanksgiving turkey be done and your cranberry salad tasty and jelled! I wish for you a wonderful Thanksgiving holiday filled with many blessings, good food, laughter, and lots of love. 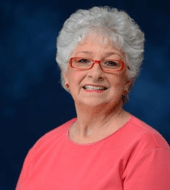 She can be contacted at bbrown@olemiss.edu.