The same group of fellas who have presented themed parties at Proud Larry’s in the past will be hosting a Halloween party this Friday. 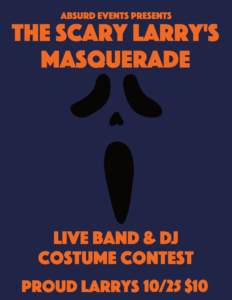 presents Scary Larry’s Masquerade Party with doors opening at 8 p.m. Friday with the band to slated to start playing at 10:30 p.m.

One of the organizers Barney Thompson said the night will boast a costume contest, a live band and a DJ, which will start spinning tunes at about 9 p.m.

The band is comprised of many of the same members who have come together for previous special events, and the name has changed for each event.

“For this event, the band name will be ‘The Potion Sellers,” and they’ll be covering a ton of classics from Alice Cooper, Black Sabbath and more acts across the decades,” Thompson said. “Their setlist has something for everyone to enjoy a spooky night.”

Absurd Events has brought other such events like Emo Night Oxford, 90s Night and Punk Prom.

Thompson recommends party-goers to get to Proud Larry’s early.

“We’re getting larger and larger crowds each event,” he said. “Our last event, 90s Night Oxford, we hit capacity before the band made it to the stage.”

As of Wednesday afternoon, the Facebook event has already garnered about 35 people saying they are attending and 245 people clicking “interested.”

Tickets for Scary Larry’s Masquerade are $10 at the door or can be purchased early at online at Eventbrite. 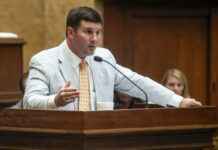 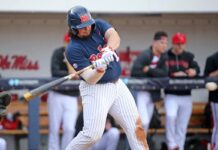