To combat a growing concern about human trafficking in the state, the Mississippi Bureau of Investigation has formed a dedicated Human Trafficking Division that will work with other task forces around Mississippi.

According to the Mississippi Department of Public Service, the Office of Justice Programs approved MDPS’s application for funding under the FY 19 Enhanced Collaborative Model Task Force to Combat Human Trafficking in the amount of $800,000.

In a victim-centered, collaborative, and multi-disciplinary model, MHTC will work to prevent trafficking, protect victims and prosecute criminals in all forms of domestic and international human trafficking, to include commercial sex trafficking and labor trafficking, for the protection of both adult and minor victims.

In June, the Oxford Police Department announced joining the North East Mississippi Human Trafficking Task Force, which will work closely with the MHTC.

“It’s always a concern because too often children are being victimized in this crime,” OPD Interim Chief Jeff McCutchen said. “Our goal is to rescue children and victims that are forced into these acts.”

Despite Oxford almost seeming to be Mayberry-ish at times, human and sex trafficking has happened in Oxford.

In August, a federal grand jury indicted Cordavia Daniels, 22, of Oxford, on a charge that he forced a minor to engage in commercial sex acts. He is out on a $5,000 bond and is awaiting trial. 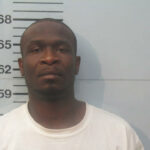 In March 2018, Oxford resident Edward Daniels, 40, was charged with trafficking a minor for commercial sex acts after an Oxford police officer discovered a runaway juvenile in his vehicle during a traffic stop. He has pleaded guilty and has a sentencing hearing on Nov. 14 at the Federal Courthouse in Oxford.

In March 2018, a Hattiesburg man was sentenced to 30 years in prison following his conviction of human trafficking and transporting a minor across state lines to engage in prostitution.

According to court records, Raymorris Asencio picked up a 16-year-old girl in February 2017 while she was walking along a highway. The victim was a reported runaway from Waveland.

Asencio, along with the victim and another female were in Oxford at a local nail salon when a woman in the salon became suspicious. After looking on the internet, the woman found a photo of the victim who was reported as missing and contacted law enforcement.

In June 2018, a Tennesse man was sentenced to two years in federal prison after being convicted in December 2017 of transporting for prostitution.

Mario D. Collins, 39, and Paulette Clayton, 28, both of Memphis, forcefully took an 18-year-old woman from Atlanta to Oxford to engage in prostitution, according to court records. The victim testified that in April 2017, Collins and Clayton threatened her after she objected to performing sex for money and called 911 in April 2017. Clayton was convicted of transporting for prostitution and was given three years of probation.