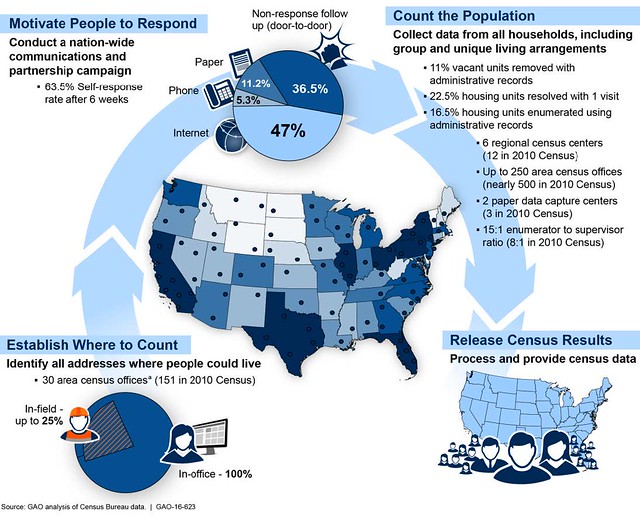 In seven months, the United States will begin of its most monumental undertakings as it tries to count every single person living in the country.

By April 1, every home will receive an invitation to participate in the 2020 U.S. Census and this year there will be three ways people can participate, according to Julia Welch, with the U.S. Census Bureau, who spoke Monday at the Lafayette County Board of Supervisors’ meeting.

“This year people can fill out the census online,” Welch said. “We’re real excited about that. We hope people take advantage of this option.”

Starting in March, local recruiters will be trying to hire local people to begin going door-to-door to assist people with filling out the census for those addresses.

“In 2010, we had some low response areas in Lafayette County,” Welch said. “We’re trying to partner with people in those areas and figure out a better way to get the word out.”

Data from the census is used to determine how $675 billion is distributed from the federal government to state and local governments, including funding for programs like Head Start, Medicare, SNAP and Pell grants.

“Unfortunately, the money often follows the numbers and not necessarily the need,” Welch said. “So, we want to make sure we get those numbers right.”

At the University of Mississippi, the Center for Population Studies and the State Data Center of Mississippi will be holding a meeting of the UM Complete Count Committee at 4 p.m. on Sept. 19 at the Ole Miss Student Union Room No. 326.

The Complete Count Committee is a partnership between community members and the Census Bureau to educate and motivate residents to participate in the 2020 Census.

“Through the establishment of a CCC on campus we hope to bring awareness to the upcoming census and increase completion rates among college students in the Lafayette, Oxford, and University communities,” said Jamiko Deleveaux, research associate of the State Data Center.