As of two weeks ago, students were eagerly awaiting their chance to sit in luxury in the student section of Vaught-Hemingway Stadium after Ole Miss Athletics announced on Aug. 9 that the student section would be adding eight new party decks in an effort to increase student attendance.

However, that plan was modified according to Michael Thompson, deputy athletic director for external relations and business.

“The physical decks that were advertised are no longer there,” he said recently. “On paper, the party decks seemed like a good idea, but when we saw them in person they didn’t make sense.”

After the decks were placed, Thompson said they realized the walls of the decks would obstruct the view of the game.

Ole Miss remodeled the original eight party decks to be one large tented area that will offer shade, televisions, charging stations, and cooling fans. Additionally, students will be able to enjoy concessions and a variety of collegiate football games on the televisions provided by the student party section.

The general admission area, which was once exclusive to the first 200 students to enter the game and 600 lottery ticket winners, will now accommodate 2,450 students on a first-come-first-serve basis.

Thompson said that the Athletic Department “could not go another season without doing something,” and that he believed this to be a step in the right direction.

With student attendance being substantially lower over the past two years, the party section is expected to help boost attendance and keep students in the stands for the entire game.

Senior Ole Miss student, Cameron Kriscunas, said, “It is disappointing that it won’t look like the pictures on Twitter, I was expecting it to be fancier.” 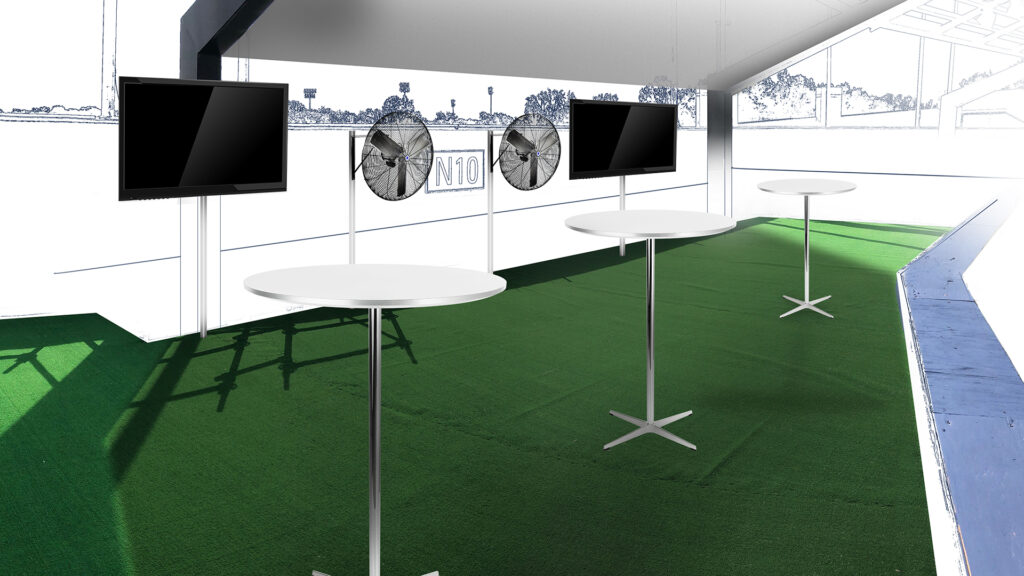 Ole Miss Drops a Nail Bitter at No. 12 Kentucky