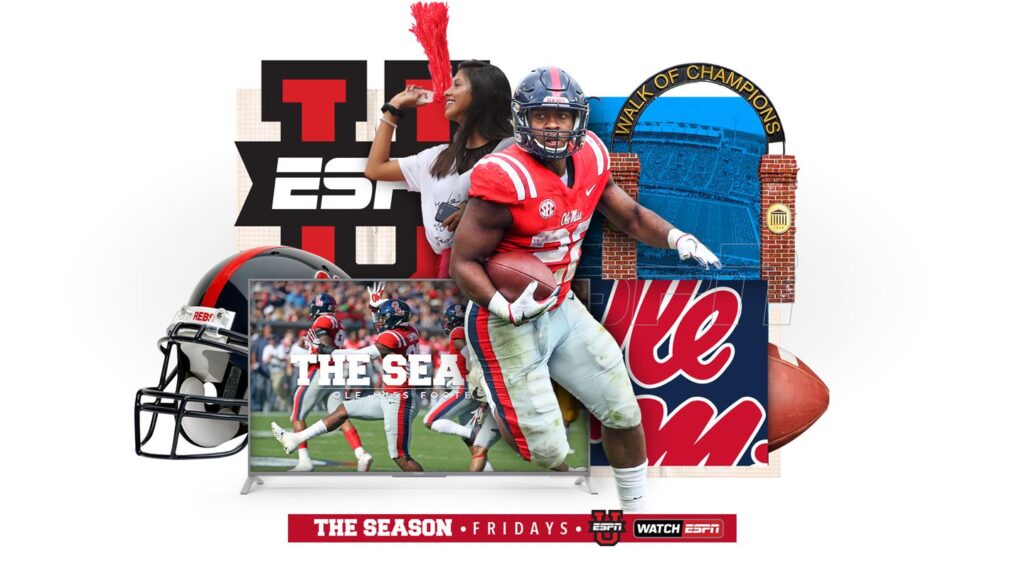 Ole Miss’ Emmy award-winning series “The Season: Ole Miss Football” is returning to ESPNU for its second straight season. The Season, which premieres Aug. 30, will broadcast each Friday during football season at various times.

Last year marked the first time in the network’s history it carried a school-produced weekly show in its entirety when it originally aired last September.

“We are thrilled to have The Season back on the ESPN platform this year,” said Michael Thompson, Ole Miss deputy athletics director. “Our production team’s award-winning storytelling ability is a huge component of personalizing our student-athletes, coaches and even the entire program.”

In its nine seasons on the air, “The Season: Ole Miss Football” has provided fans an in-depth view into the Rebel program with highlights of the previous week’s game in addition to going inside the locker room, training room, practice fields and classrooms from the viewpoint of the student-athletes and coaches.

The Ole Miss Sports Productions staff also delivers personal features that include visits to the players’ houses, hangouts and hometowns for a truly intimate experience.

The show has picked up numerous awards since its creation in 2011, including Southeast Regional Emmy awards in 2014 and 2015 for best daily or weekly sports program and a Gold AVA Award in 2012 for outstanding achievement by creative professionals involved in the concept, direction, design and production of media.

Ole Miss produces “The Season” episodes for each of its sports teams, as well as numerous other video pieces such as student-athlete features, event promos, highlight packages, commercials and in-venue pieces in addition to live videoboard shows for home sporting events.

Watch the show online Wednesday nights at 6 p.m. during the season at TheSeasonOleMiss.edu.