Located on the south side of the Historic Oxford Square is what was once called “The Wine Bar.” Now, with a new aesthetic in mind, Chef Erika Lipe has begun the process of reshaping the vibe that flows through the atmosphere and onto the pallets of her customers.

Originally from Batesville, Lipe has called Oxford home for the last 12 of 13 years. She first began her professional career in the culinary arts at the age of 20. Since then, she has always had a growing passion for creating cuisines with a twist.

Lipe has mastered the art of the culinary world with her skillset being solidified in New Orleans and Oxford.

In 2014, Dr. J. Lee Valentine, his wife, Helen, of Meridian, Mississippi, opened the doors of The Wine Bar to the Oxford community. Soon after, Lipe joined the team leading the way in the kitchen. However, now that five years have passed, Lipe said it was time to revamp the feng shui of how customers dine at 401 South Lamar Blvd.

Lipe said her inspiration for the rebranding came from her love for New Orleans.

That same vibe is what Lipe and her team are trying to implement as SoLa. Although Lipe plans to create a more casual, “come as you are” atmosphere, as the chef she still plans on producing top-notch dishes and recipes for her customers. 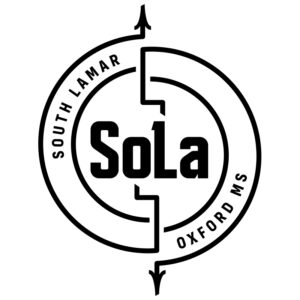 Lipe said the restaurant will continue to serve the majority of the same menu. Customers who have fallen in love with The Wine Bar’s specials, such as the homemade Ramen noodles and Spaghetti night, can stop clutching their pearls because she said SoLa will also keep those entrees, as well.

SoLa’s mission is still to provide great products but at lower costs that do not gauge its customer’s bank accounts.

“It just feels really inclusive,” Lipe said. “We don’t want to be charging out the wham even though we’re on the Square. We want everybody to come in and enjoy [SoLa].”

Although Lipe pulls inspiration from the cities that are close to her heart, she said she also finds creative expression from other chefs in the industry. She said she loves seeing creative people producing art because it is so easy to get hung up in day-to-day activities.

“You need to be putting out art if you are capable,” she said. “That’s so important.”

SoLa will be open for dinner both Friday and Saturday starting at 3 p.m. and brunch on Sunday from 11 a.m. to 2 p.m. Everyone is invited to dine with them during the weekend celebration.

The menu offerings at SoLa are touted as “Twisted Cuisine. Lifted Spirits.” Lipe marries together flavors and culinary staples from across the world bringing an amazing culinary experience to her guests.

SoLa partners with local farms in Mississippi to ensure freshness in her seasonally crafted menus. During the Grand Opening weekend, a special prize is being offered: a $25 gift certificate. The tenth caller to place a reservation will be the winner of the giveaway -but guests won’t know they have won until they show up for their reservation.

Learn more by visiting SoLaOxford.com. Reservations can be made at 662-238-3500. Follow SoLa’s renovation progress on their social media at Facebook.com/SoLaOxfordor on Instagram @SoLaOxford.