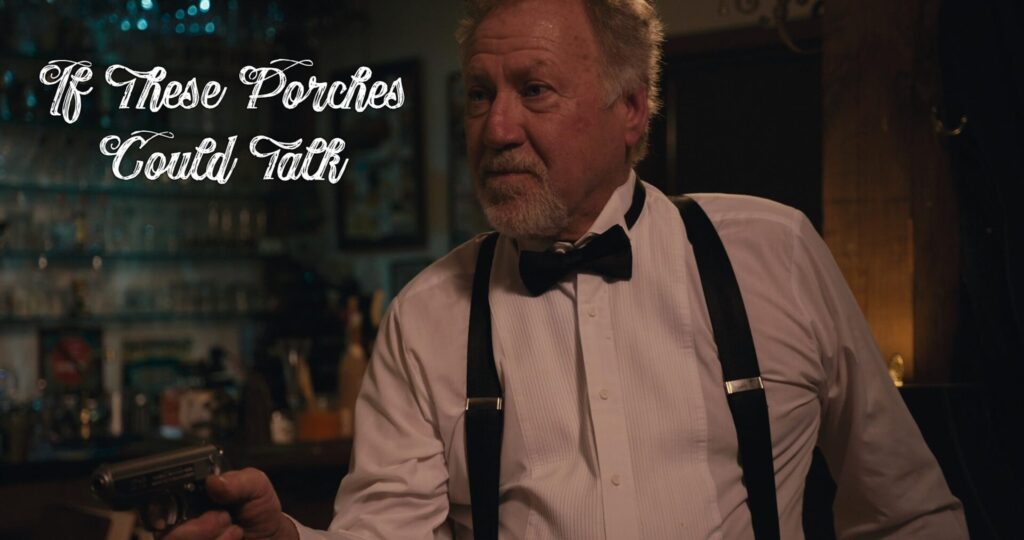 Mississippi-based filmmaker Travis Mills returns to Oxford with his new film, “If These Porches Could Talk,” a southern comedy/murder mystery, Tuesday, Aug. 6. This is the sequel to Porches and Private Eyes which screened in Oxford in 2016 to an enthusiastic crowd.

The special screening at Malco Studio Cinema is sponsored by the Oxford Film Festival and will be followed by a Q&A with writer/director Travis Mills and select cast members.

The gossip loving ladies from the first film return for more family-friendly adventures in “If These Porches Could Talk.” This time around, the three leading ladies take the mystery on the road, investigating the supernatural from Hattiesburg to Natchez and even making an appearance at the Witch’s Grave in Yazoo City. They are joined by an ensemble cast of Mississippi’s best talent including newcomers Bill Perkins, Martha Arrington, and Oxford filmmaker/actor Damon Burks.

“If These Porches Could Talk” premiered in Brookhaven, Mississippi, where the story is primarily set, on August 2, followed by a theatrical tour around the state which includes Oxford, Vicksburg (August 10), Madison (August 22), and Hattiesburg (August 30). More release dates will be announced soon.

The film was written and directed by Mississippi-based filmmaker Travis Mills who has produced six feature films to date in Mississippi. With a focus on local stories, Mills has showcased the history of Mississippi in movies such as the “Lawrence County-centered Blood Country,” the “Dixie Mafia tale Cornbread Cosa Nostra,” and this recent Vicksburg-set “Son of a Gun.”

He is currently in pre-production on his biggest project yet: 12 feature-length Westerns to be produced in 2020, four of which will be made in Mississippi including a story about the Natchez Trace.