The Mississippi Institutions of Higher Learning is coming under fire after they held a two-hour long executive session meeting allegedly regarding whether or not to tenure University of Mississippi sociology assistant professor J.T. Thomas. His name was removed from a list of 76 “routine approvals” of tenure, to which the board discussed privately, the AP reports. Thomas was eventually granted tenure.

In a statement released by the IHL, they said the reason they removed his name from the list and decided to have a personal session regarding Thomas’ tenure was due to social media comments he made in October 2018.

Thomas posted via Facebook a comment regarding Republican politicians in light of the Brett Kavanaugh Supreme Court hearings. 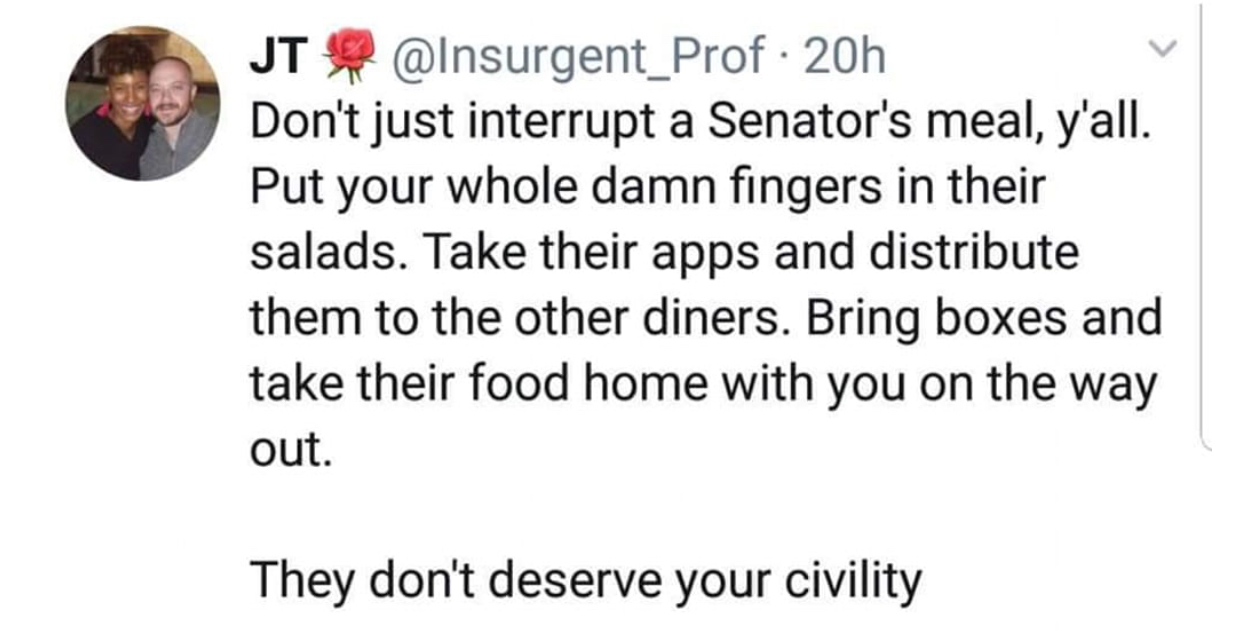 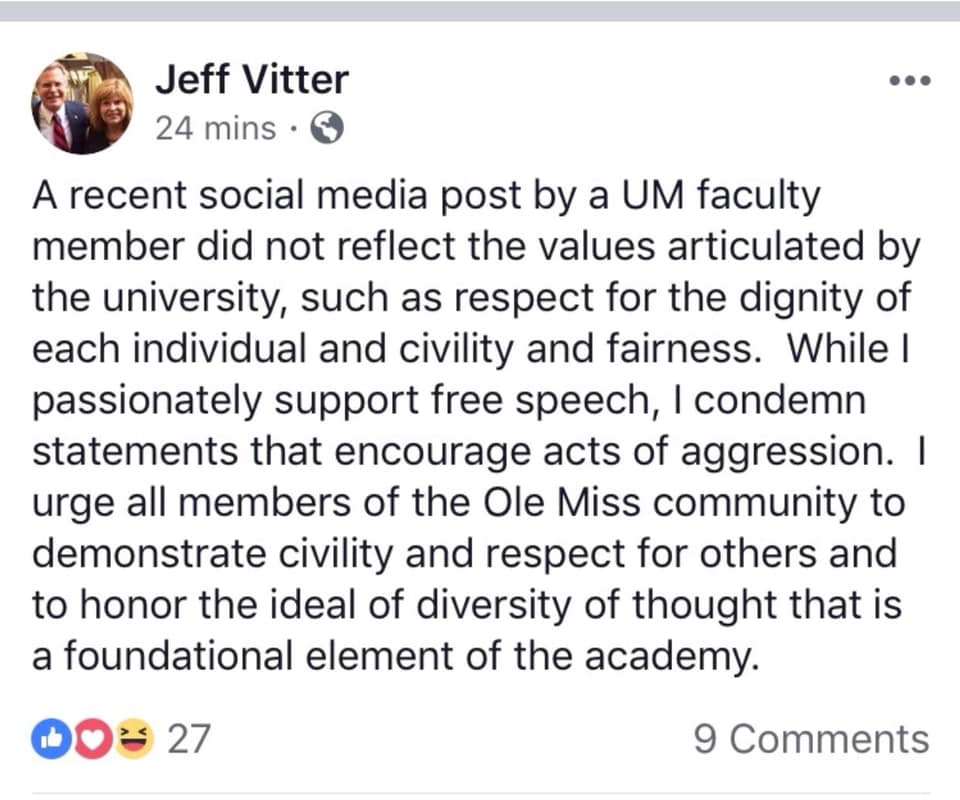 The IHL stated the decision to personally review Thomas’ tenure was to examine if his actions complied with tenure status.

“The Board examined whether those statements were in keeping with the requirements for tenure set out in IHL Policies 402.03 and 403.0101, which require, in part, that the Board and heads of its institutions consider the candidate’s effectiveness in interpersonal relationships, including professional ethics and cooperativeness, in making decisions regarding tenure,” the statement read.

Although many of Thomas’ associates congratulated and defended Thomas via social media, the decision for his tenure did receive backlash, such as that of state senator Michael Watson who said the board’s decision sends a wrong message. 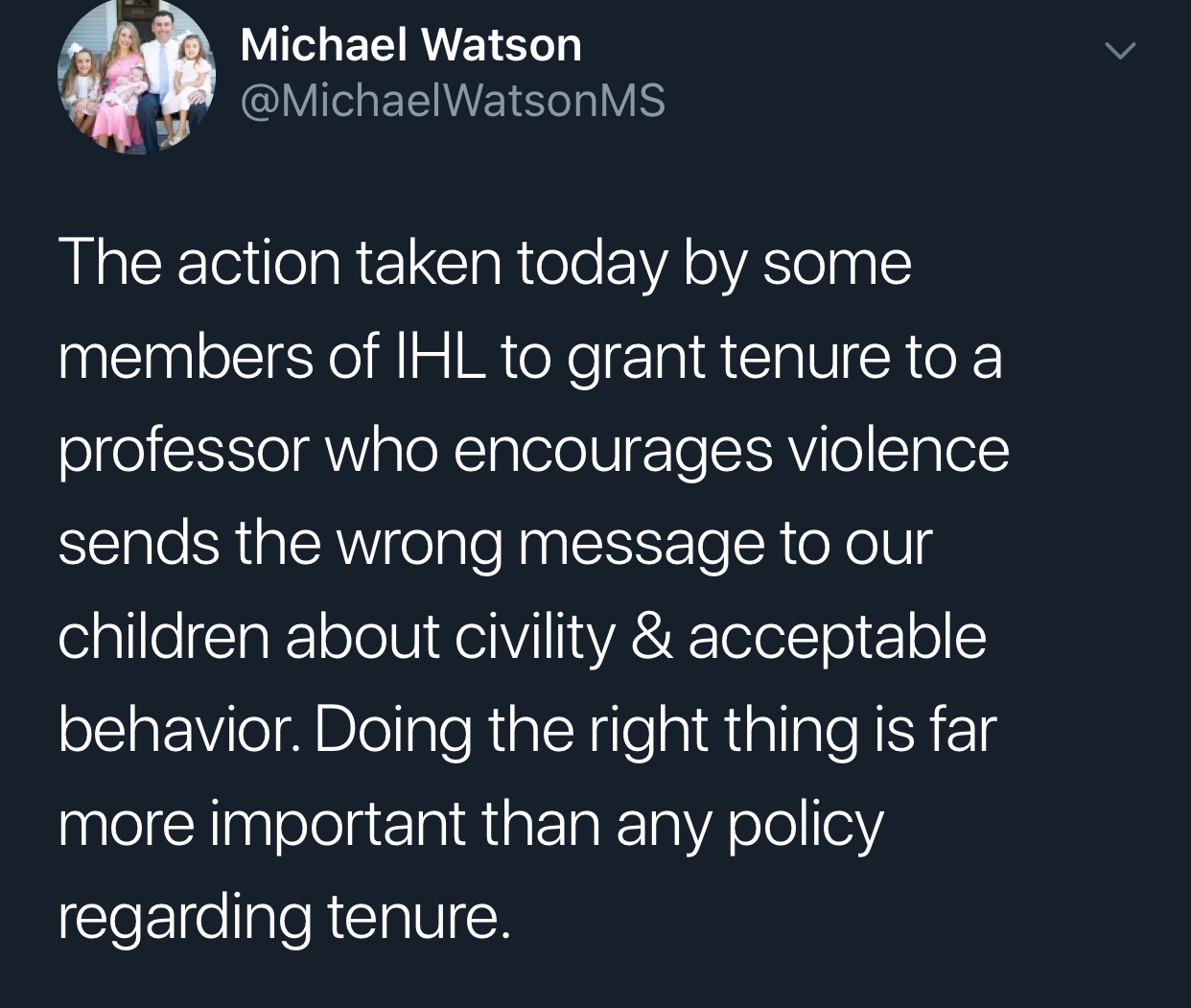 Hottytoddy.com reached out to Thomas Thursday evening but has not received a comment.

This is a developing story. Follow HottyToddy.com for more information.