As most occupants of Planet Earth know, last year’s “Avengers: Infinity War” ended with the genocidal demigod Thanos using six “infinity stones” to erase half of all life in the universe.

It would have been logical to assume the sequel, “Avengers: Endgame” would start with lots of funerals, with pastors, priests, rabbis, imams and other shepherds working overtime to answer tough, ancient questions.

That assumption would be wrong.

“People are mourning, but they’re going to therapy and support groups,” said film critic Steven Greydanus of DecentFilms.com, also a permanent deacon in the Catholic Archdiocese of Newark. “What we don’t see are grieving people in church or even at funerals. … We don’t hear anyone asking, ‘Where is God in all of this?’ ”

It’s rare to hear the theological term “theodicy” in movies, but people who frequent multiplexes often hear characters suffer tragic losses and then ask, “Why did God let this happen?” The American Heritage Dictionary defines “theodicy” as a “vindication of God’s goodness and justice in the face of the existence of evil.”

This God-shaped hole at a pivotal moment in the “Avengers” series offers a window into the soul of the Marvel Comics universe and the minds of executives who shaped most of the 22 movies in this giant pop-culture mythology, said Greydanus.

“We are talking about a major fail, and not just from an artistic point of view,” he said. “This shows a stunted view of how most people on Earth live their lives. Even people who are not religious tend to cry out and ask the big spiritual questions when faced with tragedy and loss. That’s part of what it means to be human.”

Not that many consumers are complaining. In its first 11 days, “Avengers: Endgame” pulled in $2.19 billion at the global box office — the fastest a film has reached $2 billion. Many insiders now assume it will eventually break the $3 billion barrier, passing the current No. 1 movie, the environmental-fantasy epic “Avatar,” at $2.78 billion.

In the past, the Catholic faith of J.R.R. Tolkien shaped the worldview of “The Lord of the Rings.” In Star Wars,” George Lucas mixed “Flash Gordon” with comparative religion theories from Joseph “The Hero with a Thousand Faces Campbell.” But the Marvel universe seems to have emerged from “a much more corporate place,” noted Greydanus.

After all, showing Christian funerals might hurt a movie in the Muslim world. Showing mourners streaming into mosques might offend officials in the People’s Republic of China. The result is a character like Tony “Iron Man” Stark, a hero “with feet of clay who has to grow up and redeem himself before he can save others. … But Marvel has never been interested in the moral content of that kind of maturity,” he said.

Creating blockbusters that keep using this “superheroes with problems” formula — comic book plots, with hints of soap opera — is “way harder than it looks. … And, obviously, it appeals to millions and millions of people,” noted Alex Wainer of Palm Beach Atlantic University, author of “Soul of the Dark Knight: Batman as Mythic Figure in Comics and Film.”

The creators of the Marvel universe have “just never gone there,” in terms of asking questions about God and the origins of creation. Yes, that’s “pretty hard to do when you have a movie that shows half of creation being wiped out,” he said.

Nevertheless, the “Avengers” story arc, with its tales about “demigods, sorcerers and engineers all working together” has successfully blurred the lines between myths and materialism.

“Why do we love this so much? … There’s more to this than committee work,” said Wainer. “This is storytelling with no limits — including the existence of an ultimate Creator or even an ultimate reality. Somehow, that appears to be working. It’s appealing to the hearts and minds of millions of people who buy tickets and find these movies inspiring. …

“It’s entertainment to the max. It’s Myths ‘R’ Us. … But people seem to think this satisfies some need. I’m not sure what our religious leaders are supposed to make of all that, but I do think they should pay attention.” 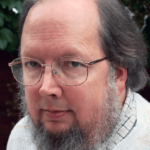 Terry Mattingly (tmatt.net) leads GetReligion.org and is Senior Fellow for Media and Religion at The King’s College in New York City. He lives in Oak Ridge, Tenn.