*Editor’s Note: The latest installment in the Ole Miss Retirees features is former Coordinator for the Word-Processing Center at the Law School, Niler Franklin. The organization’s mission is to enable all of the university’s faculty and staff retirees to maintain and promote a close association with the university. It is the goal of the Ole Miss Faculty/Staff Retirees Association to maintain communication by providing opportunities to attend and participate in events and presentations. 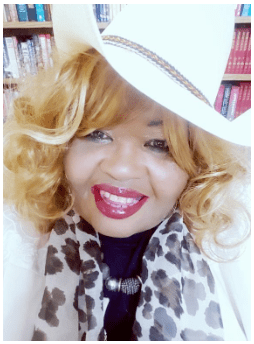 Niler always has a smile and a warm greeting for everyone.  She is dedicated to service of others and takes pride in all she does.  Her love for her husband, sons, and family is apparent in everything she says and does.  It was great fun for me to get to know her better. Niler has a great Ole Miss story to share.

Franklin:  I grew up in Starkville, Mississippi in Oktibbeha County.

My childhood was like any other child.   I was taught the do’s and don’ts of existing or the golden rules of life.  I attended and participated in church activities including Sunday School teacher, choir member, President and Secretary and worked with the hospitality ministry.  I played basketball from the fifth grade through high school, junior college and my first year at the University of Mississippi (Ole Miss). I also took a class in fencing.

My parents are Sammie Lee Perry and Nylene Sharp Perry (both deceased). They lived in Starkville, Mississippi and both came from large families. My dad was the baby of 13 children.  He was employed with Howard Manufacturing Furniture Company for 42 years. His family were farmers, had plenty of land, animals, and they produce and sold vegetables and fruits, eggs, butter, milk, pecans, and walnuts.

My mother was employed as a great cook with Plantation Bell Hotel and Restaurant for 40 years and Borden Milk and Ice Cream Laboratory for over 30 years.  She was from a family of 12 children.

I have five brothers and one sister.  Their names are Sammie Perry, Jr., (deceased); Demetric Perry (called Boolee and lives in Starkville, employed with Garan Clothing Factory 32 years and later with Southwire Cable Company for 15 years); Prentiss Rolen Perry (called Murky lives in St. Paul, Minnesota, was drafted in college to play football with the Canadian League in Toronto); Kirk Levon Perry ( lives in Louisville, Kentucky, was also drafted to play in the NFL with the Dallas Cowboys, is now retired from the United States Postal Service living in Oxford);  Nicolas Tyrone Perry (lives in Albany, Georgia, and works as a Probation Officer with the State of Georgia); sister Trudie Perry Mister (who is employed with both School District Oxford and Lafayette County as a Transitional Specialist and After School YMCA Program, and also lives in Oxford).

Franklin:  My Ole Miss story began when I entered my junior year of college from Woods Jr. College in Mathiston, Mississippi.  My best friend Dorris Shelton had enrolled to finish her college years at the University of Mississippi. I had not even thought of furthering my education.   So one day we were talking about our plans after graduation from Woods and she told me she had applied to attend and had already been accepted into Ole Miss. I said “I heard about Ole Miss and it wasn’t good, and that it’s a very racist school, so don’t go there.”  This was two weeks before graduation from Woods.

I thought about it through the night very hard.  I couldn’t sleep because I hadn’t made up my mind on what I was going to do after graduation.  I kept thinking I didn’t have anything else planned. I didn’t have a boyfriend so marriage was out; I didn’t have children, so being a mother and raising kids, that too was out. So my only answer would be to try to follow Dorris. The next day, I asked Dorris, “Do you think Ole Miss would take me?” She said “I don’t know. You should try and see.” I knew it was too late to request an application so I did the next best thing—I took Dorris’ application and answered all the questions on the application and financial aid packet in a notebook, sealed it up, and mailed it to Ole Miss!  Lo and behold, seven days later I was accepted and given a three-year grant to pay for my education! This is how I got into Ole Miss.

After coming to the University of Mississippi, I enrolled in the Pre-Med Program specializing in Audiology.  During one of my classes for the final exam under Dr. Hugh E. Bateman, he had us to perform hearing tests on 10 volunteers.  One of the 10 volunteers I selected was Clarence H. Franklin who became my husband. I didn’t know it at the time, but that was my best class!

Brown:  What positions did you hold at Ole Miss?  What were your job responsibilities?  How long did you work at Ole Miss?

Franklin:  After years of working in restaurants, I decided to apply for a job on campus.  I had applied to several jobs, but didn’t get hired. One day I went back and there was a clerical job in the Pre-Med Office under Dr. Hugh E. Bateman for a temporary secretarial position for one month.  The lady that interviewed me asked me did I want to take that one since it was only for 31 days. I told her that I wasn’t doing anything else, so she hired me. That was a good decision as it lasted for 33 years of employment at the University of Mississippi with my last 28 years at the University of Mississippi School of Law, which I loved very much.

Brown:  What was your “best” and “worst” days at work and why?

Franklin:  I really enjoyed working with the faculty and staff in the Law School on a daily basis. I enjoyed my job when my projects that I was working on were completed.

My worst days were when I would come to work and the elevator was out and my office was on the fifth floor.

Brown:  What advice would you give to your 20-year-old self?

Franklin:  To follow my heart and think before I rush into judgment and anything I can perceive I can achieve.

Brown:  If there was something in your past you were able to go back and do differently, what would that be?

Franklin:  I would finish my degree in the pre-med program.

Brown: You are involved with a lot of organizations.  Please tell me about the UM Ebony and Ivory Modeling Board and your role in this organization.

Franklin: I had served as a judge and consultant with many local pageants and international talent searches with Mr. Charles T. Thompson (deceased) for over 13 years in Oxford and the surrounding area. The University Ebony and Ivory Modeling Board was ceasing and Charles who was the Pageant Director asked me to help, which I was very excited about doing.  They had a big modeling show coming up and I sat on the Board of Directors for auditions. We had spots for 12 girls to select from 30 contestants. I suggested we let all of them model and give them a chance to “strut their stuff.” The pageant was a huge success with standing room only in the School of Education Auditorium. Not only did the girls show out with their attire and runway walk or presentation, some of them got to model professionally because there happened to be talent scouts in attendance.   We got a big write-up for the success of the pageant and I got a very nice acknowledgment from Dr. Thomas Wallace, then Vice-Chancellor for Student Affairs. Needless to say, I was very pleased. I then became the next Executive Director, serving for three years. 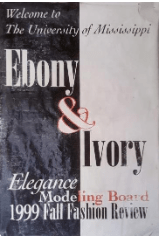 Brown:  Tell us about your children.

Franklin:  I am the mother of two sons, Christopher and Kenneth.   Christopher graduated from the University of Mississippi in journalism.  He teaches in the Lafayette County School System and also serves a site director for their After School YMCA Program. He also loves to draw for the children and can draw anything!

Kenneth graduated from the University of Mississippi with a Bachelors of Arts. He also has a Masters of Arts, with a concentration in Illustration from Savannah College of Arts in Savannah, Georgia.  He is a professional artist. Here’s a link to his website: http://portraitsainteasy.com/

Brown: What became your new routine after you retired from work?  Do you have hobbies?

Franklin:  I continued working with my church and other organizations.   I serve as the Administrative Board Chair with my Church, a member of the choir, an associate editor of our newsletter, The Jacob’s Ladder.  I am also involved with hospitality and the United Methodist Women’s Ministries.   I am on the Board of Pensions for the Mississippi Annual Conference in Jackson.  I am also a member of the Ole Miss Faculty/Staff Retirement Association.

I recently helped my husband edit and publish a book that he wrote when he was in high school entitled For the Sake of a Friend, which is now available on Amazon.com in paperback and Kindle edition.   It’s a great story about six extraordinary teenagers during turbulent times that would go to any length to help one of their own.

Brown:  What do you want to be remembered for?

Franklin:  That I am a soldier on the battlefield for the Lord. Amen.