With sunny skies predicted for this year’s Double Decker Arts Festival, large crowds are expected and local officials are recommending festival-goers to consider using shuttles to attend on Saturday. 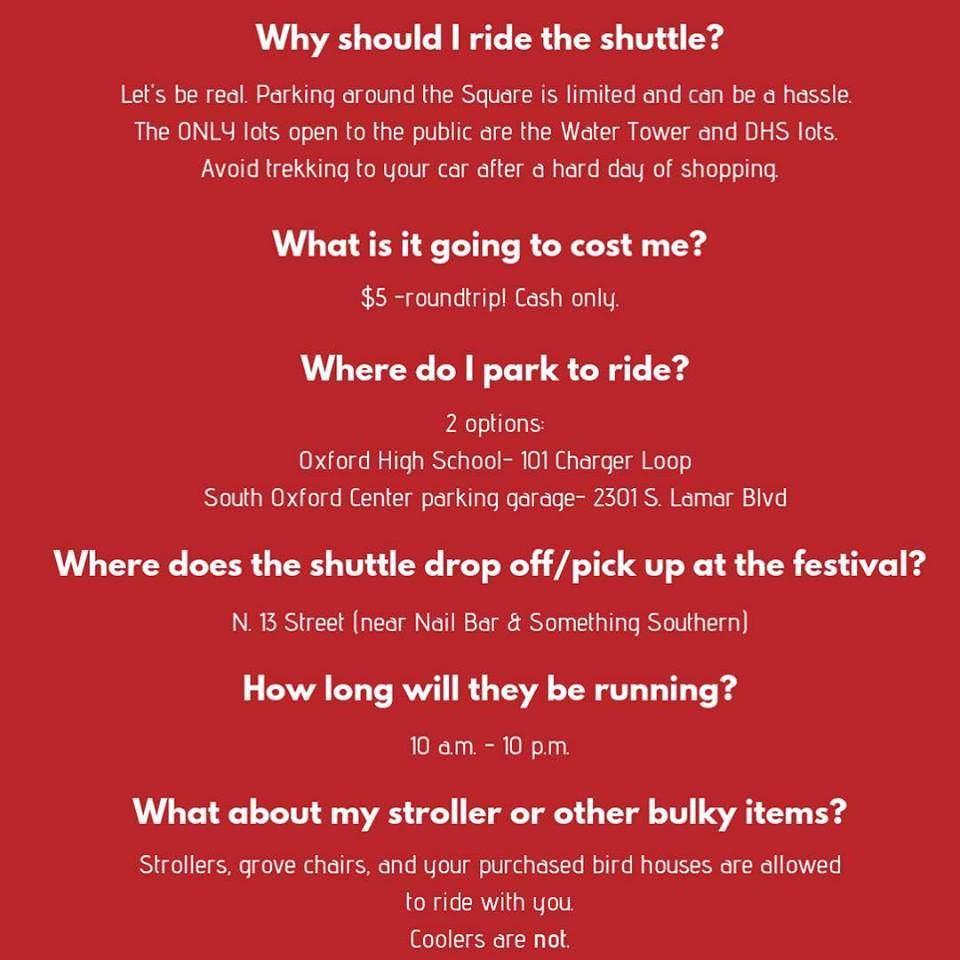 The streets around the Square will close at 4 a.m. Friday and the Oxford Police Department reported that any vehicles left on the Square at that time will be towed. The only lots open to the public will be at the water tower, at the DHS building at the intersection of East Jackson Avenue and 9th Street, and across from Tallahatchie Gourmet. ADA parking will be available behind Something Southern. 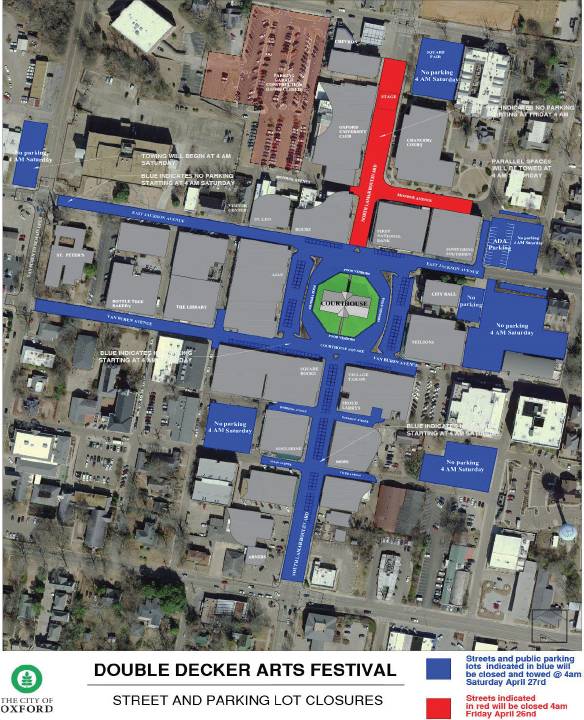 Taking its name from the town’s authentic double-decker bus imported from England in 1994, the two-day festival has become a regional tourist attraction that brings in visitors from hundreds of miles away. Yet, it has also managed to retain the local festival vibe, and it’s still a place where people come each year to see familiar friendly faces, listen to great music, buy some one-of-a-kind art and sample Oxford’s well-known food offerings.

The festival’s 2019 Presenting Sponsor is the University of Mississippi Museum that had the sponsorship gifted to them by Ole Miss Athletics.

The Ole Miss Student Activities Association is sponsoring the stage on North Lamar Boulevard and the headline act this year.

The weekend kicks off on Friday with the Thacker Mountain Radio hour that will be presented on the stage on North Lamar Boulevard. The show will begin with a performance by musician Lilly Hiatt at 6 p.m., followed by the special edition of the radio show at 7 p.m. and musician Eric Gales closing the show 8 p.m.

To start off the main event Saturday morning Muy Caliente will perform at 10:15 a.m. Oxford’s own Thacker Mountain Director Kate Teague who will perform at 11:30 a.m. Following Teague is Grammy-nominated blues artist Cedric Burnside at 1 p.m. Emily King performs at 2:30 p.m. with Durand Jones and the Indications take the state at 4 p.m. Going into the night portion of the acts, Lucero takes the stage at 5:30 p.m. At 7 p.m. Shovels and Rope performs.

In addition to music, there will be more than 130 art vendors from around the region selling creative wares for the anticipated 60,000 festival attendees. Selected by Oxford’s Yoknapatawpha Arts Council, the vendors include drawings, glass, jewelry, mixed media, painting, photography, printmaking and sculptures.

Dozens of food vendors will also be set up around the Square offering favorites and new, specialty dishes that are only served at the festival. 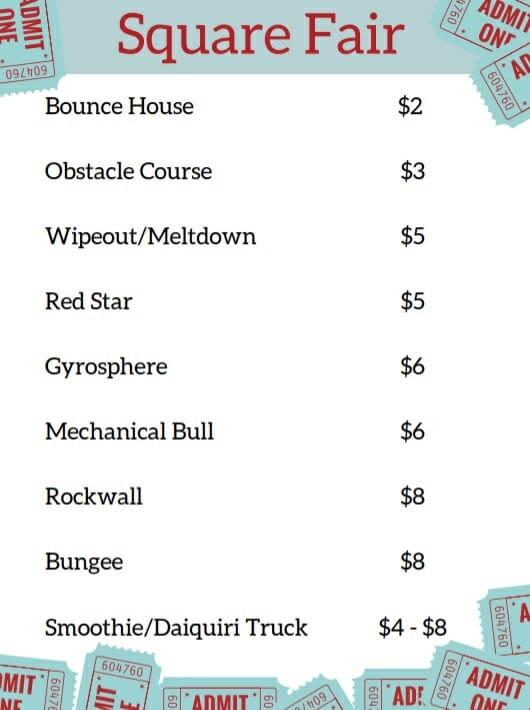 The Children’s Square Fair will be held from 10 a.m. to 4 p.m. in the parking lot of the Lafayette County Chancery Building.

But before food, music and art on Saturday, visitors can get a healthy start to their Double Decker day with the annual Double Decker Spring Run that will include three races: a 5K, 10K, and a one-mile Kids Fun Run. Registration is now open for the races, which will begin at 7:30 a.m. on North Lamar Boulevard at the Oxford YMCA.

All race participants will receive a race T-shirt and backpack, plus a unique finisher’s medal. Awards are given to the male and females in a variety of age groups, as well as the overall first, second, and third place male and female in each race, and first place masters and grand masters male and female. Following the art theme of the Double Decker weekend, the awards that are presented are each one of a kind art creations by local artists, designed with the Double Decker theme in mind.

For more information on the Spring Run, call the Chamber office at 662-234-4651 or visit the website doubledeckerspringrun.com to register.

To read more about the Double Decker bands, click here.

For more information on the festival, visit www.doubledeckerfestival.com.