*Editor’s note: This story was originally published in the Southern So & So

(REVIA PERRIGAN, Columbus, MS. cowgirljenks@hotmail.com)
A downtown Las Vegas pawn shop, Gold and Silver Pawn, is featured on the History Channel. The show became the highest rated show and the No. 2 show behind Jersey Shore and debuted on July 26, 2009.
A toilet seat from the NASA shuttle program was a very unique item that sold on Pawn Stars (season 7). The episode, called “Fool’s Gold” aired regionally on July 11, 2013. The seat with a certificate of authenticity was purchased by a man from North Shore, Auckland, New Zealand. He placed the item for sale on Trademe.com but it did not sell.
The official supplier of NASA’s space shuttle toilet seats was Sanderson Plumbing, formerly Beneke Corporation, in Columbus, Mississippi (American Profile 2007.) Gold and Silver Pawn shop brought it from a man who stated he worked at Sanderson Plumbing and was given the seat by an engineer.  The seat was a prototype and wasn’t proven to have been in space.
A space toilet is a zero-gravity toilet.  The collection and the retention of liquid and solid waste are directed by airflow.  The air is filtered to control odor before returning to the cabin. Many specifications have to be met to manufacture the seat. This was not the only achievement of Sanderson Plumbing. Sanderson Plumbing built the first vinyl toilet seat in the world in 1975. It made the toilet seat Elvis Presley died on (Commercial
Dispatch – per William Browning, March 13, 2014).  It was one of two places that had the capabilities to make plastic toilet seats, wooden toilet seats and soft vinyl toilet seats.  (The other is in Wisconsin.) Sanderson Plumbing manufactured toilet seats for residential, commercial, airline and space shuttle bathrooms until closing in the summer of 2014.
The business has been under different names and different owners.  It had been in operation for more than 120 years.  One logo on a seat in the early 1970s was Tuffy.  Tuffy was printed on the paychecks and Tuffy was imprinted on employee’s T-shirts. Tuffy wore boxing gloves. The manufacturing facility was Beneke, Beatrice Foods, Sanderson Plumbing, and Beneke Magnolia.
I worked for the company from 1968-2003, except for two years. I wasn’t employed there from approximately late 1980 – and 1981.

Southern So & So: How I Became “Archie” 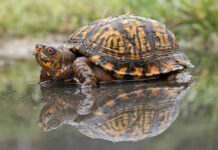 Southern So & So: My Turtle Pome 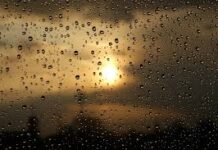 Southern So & So: Solar Powered Shower