If it had not been for a teacher at Lafayette High School, I don’t think I would ever have stood up in front of audiences and delivered inspirational talks.

The picture below was a teacher/staff appreciation talk for the Mason, Kentucky school system last summer. I told them that 40 years ago I was as shy as any student that had ever been in the Lafayette County School system in Oxford, Mississippi. If you had told me in 1978 that I would one day get up in front of folks and rattle on left and right, I would tell you that you were slap crazy in the head.

As I have always said, teachers have an instinct of what kids can be good at or what their gift from God is, and they have a way of getting you on the path towards that destination. Judy Robbins was an English teacher at Lafayette. She used to have me make announcements at the beginning of class. I would have rather dove to the bottom of Sardis Reservoir and been eaten up by one of the massive catfish I had been told were down there than speak in front of the class, but she saw things differently.

I would stand at the podium and clinch it like a Titanic passenger held onto a piece of wood in the ocean, and somehow get through it.

“Do some more,” she would say, as I started to head towards my seat. There was no negotiation, just more talking in front of the class.

Miss Robbins had her windbreaker and her thermal coffee container, and would slightly smile. She could see something in me, and everyone else, that we had no notion was there. As I recall, she also played a role in me doing sports for the high school report that aired weekly on Mel Chrestman’s radio station back in Oxford.

People ask me all the time if I get nervous in front of crowds, and I tell them honestly. No. As I told that group of teachers and staff in Kentucky, I firmly believe I never would have come within a country mile of professional speaking if it had not been for what Judy Robbins did at Lafayette back then. She planted a seed in me that didn’t break ground for years, but when I got into television news anchoring and started getting asked to speak, I found myself more comfortable that I thought I would be at first, and I vividly thought back to that classroom with her sitting five feet away making me uncomfortable, which is what educators should do sometimes. Stretch kids.

I love looking out at teachers today and telling them that they may be worn down with all the challenges, but to keep stoking that inner fire within kids, to get that spark going, because it means so much!

In coming days, I will share some more stories of Mississippi educators who had life long impacts on me. Do you have that teacher that helped you in an immeasurable way? Feel free to share below. 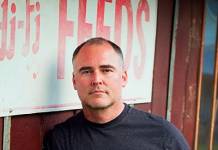 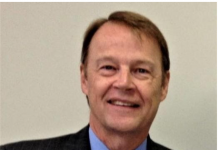 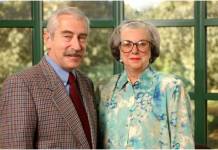