*This article was originally published in The Oxford SO & SO.

I’m not Faulkner and I am struggling to find the words to describe the transition that I went through. After my trip to Costa Rica, I began buying Faulkner books. I was running our antique store and had lots of free time to read. Nothing had ever changed: I still couldn’t understand his writing. 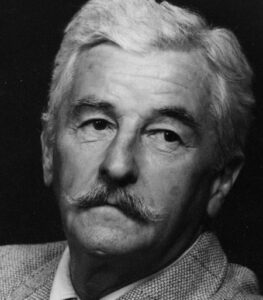 I continued buying his books. I bought several first editions because I was an antique dealer. I didn’t think that I could lose money — some Faulkner nut would buy them and I could read and find out what was wrong with me. During the mid 1980s and for the next twenty-five years, I had been self-educating myself. My children were in college and I studied with them. They were exposed to Faulkner and didn’t think any better of him than I did. (No help there.

While attempting to make myself find an appreciation for good literature, I made an effort to read Homer, Dante, Machiavelli, Shakespeare, Milton, Chaucer, Tolstoy and several others. Truth be told, I never finished any of these books. (Didn’t add James Joyce to this list because I wanted to single him out. Finnegan’s Wake brought me back to my senses; I obviously could appreciate good literature.) I remember thinking that good literature was stuff that you couldn’t understand. I did enjoy Mark Twain, Melville, Steinbeck and especially William Prescott. I wasn’t a complete redneck, but I just needed more work.

As stated earlier, I was writing during these years for my own enjoyment and to leave my stories for my grandchildren. I dreamed of writing a novel but knew my limitation. I could write a story about events and situations that I had experienced but could not create something new out of my mind. That is when Faulkner’s work began to motivate me. I began to realize that he didn’t create all of his material out of thin air. He was writing stories that he had heard or experienced in his home area.

I grew up in the same area and knew the same people that he wrote about. I did not realize that I would ever live long enough to develop his vocabulary and that my mind, (and no one else’s) could arrange the words as he did. I began to see his genius and came to appreciate him for the first time as a writer. I was going to read him even though I didn’t understand what he was trying to say.

I realize that I was one of the few people that ever had the privilege to have been in his presence. I didn’t know it at the time but I had a special moment the night that I was on a fox hunt with William Faulkner.

EDITOR’S NOTE: Jay grew up as a child in Oxford, knowing Faulkner.