A federal judge in the U.S. District Court in Oxford sentenced a Hattiesburg man to 30 years in prison following his conviction of human trafficking and transporting a minor across state lines to engage in prostitution. 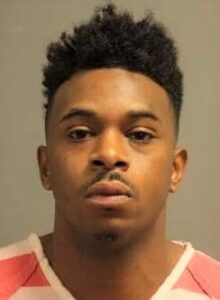 Raymorris Asencio was convicted after his trial in March of 2018 for trafficking a minor female for sex. U.S. District Judge Glen H. Davidson presided over Asencio’s trial and sentenced him on Thursday in Federal Court in Oxford. In total, Judge Davidson sentenced Asencio to 30 years in prison, followed by five years of supervised release, and a $200 special assessment.

According to testimony during his trial, Asencio, 32, picked up a 16-year-old girl in February 2017 while she was walking along a highway. Asencio enticed the girl into his car, saying he knew a way for them to make money and would give her a place to stay. The victim was a reported runaway from Waveland.

Asencio, along with the victim and another female were in Oxford at a local nail salon when a woman in the salon became suspicious. After looking on the internet, the woman found a photo of the victim who was reported as missing and contacted law enforcement.

FBI agents and task force officers from Oxford, Hattiesburg and Baton Rouge, Louisiana were able to rescue the minor from a hotel room in Baton Rouge a few days later.

Asencio caused the victim to engage in commercial sex acts and benefited financially from those acts.

“We must protect our children from predators like Asencio,” Lamar said. “I want to thank the private citizens in Oxford who noticed the minor and Asencio and notified the Oxford Police Department of their concerns for the minor’s safety. I also want to commend the quick action of the Oxford Police Department, the Federal Bureau of Investigation and other police departments in Hattiesburg, and Baton Rouge, Louisiana, who all worked together to locate and rescue the minor.”