New York Times and USAToday Bestselling Author Michelle M. Pillow is an award-winning romance and cozy mystery fiction writer with over 100 published books in the course of her 15-year career. She is best known for her sci-fi Quirlixen World including the series: Dragon Lords, Space Lords, Lords of the Var, and more; as well as the Warlocks MacGregor series. Her latest release, Better Haunts and Garden Gnomes, is her third cozy mystery novel.

Pillow was nominated for the RT Lifetime Achievement Award, is the winner of the 2006 RT Reviewers’ Choice Award for the historical romance Maiden and the Monster, and 2015 Virginia Romance Writers HOLT Medallion Award of Merit recipient for outstanding literary fiction in paranormal for Warlocks MacGregor: Love Potions. She has a bachelor of general studies in history/business with an English Minor, a Certificate in Globalization and Culture Change (Cultural Anthropology), and a photography degree.

Pillow is always up for a new adventure or challenge whether it’s a paranormal investigation of an old Vaudeville Theatre or climbing Mayan temples in Belize. She was a refugee extra on SyFy’s Z Nation. She currently lives in Oxford, Mississippi with her family. HottyToddy.com’s Talbert Toole caught up with Pillow to discuss her career and living in Oxford.

Toole: How long have you now lived in Oxford? What brought you here and where are you originally from?

Pillow: I moved to Oxford with my family about a year and a half ago from the Midwest. It was another local author, Mandy M. Roth, who first introduced me to the town when I would drive down so we could work on projects together. I fell in love with the area and decided to move my business here. We were lucky enough to have Ole Miss so close, and my daughter transferred colleges to attend. Everything fell into place at the right time.

Toole: How did you first get into writing novels?

Pillow: I have always loved to tell stories, but I started with my camera. I liked to capture moments in time. I thought photography is what I’d be doing for the rest of my life. But, life often has other plans, and when my writing career took off, I put the camera aside for the keyboard. I still love to take pictures, but it’s become more of a pastime.

When I started writing, I didn’t think it would take the path it did. My first books were historical set romances. I liked the challenge of building a world within specific parameters and creating characters that had to conform to the era in which they lived.

I’ve learned to stay open to new opportunities and have come across some exciting jobs that way.

Toole: Where do you pull inspiration from for your novels?

Pillow: Doing things away from the computer can help to refill the creative well and is great for research. Often, that’s when the best ideas strike—when you’re not looking for them. Experiencing something makes you better versed in writing about it—not that I can take off into spaceships, but I can tour a ghost town like the one in my newest cozy mystery, or I can interview an expert in paranormal investigations about their techniques, or climb Mayan Temples in Belize, or visit museums.

My husband and I love to travel and meet people. You’re bound to learn something every time you step out into the world.

Toole: What are some of the things you love most about Oxford?

Pillow: I love the duality of Oxford’s small town feel with the bigger city amenities. College towns tend to have a unique creative vibe to them, and Oxford is no different. There is a charm here, and I’m continually meeting interesting people. The Oxford Film Festival crew have been especially welcoming. There are always people ready to talk at the coffee shops. I feel like I’ve only just begun to explore the town and surrounding location.

Toole: Oxford is well-known for its literary figures—Faulkner, Grisham— how do you feel knowing you’re adding to this contribution?

Pillow: Humbled to be able to walk the same pavements they did. I have not met Mr. Grisham, but I have talked to Faulkner’s statue on the Square. I have also visited Rowan Oak. I’ve found Oxford to be filled with many wonderful writers.

Toole: Your husband is a videographer. How did you two meet?

Pillow: I met my husband on Facebook through my job while he was living in Australia. What started as marketing turned into something more, and we just kept talking. I never expected to have such a long-distance relationship, but five years later he was visiting me in the US from New Zealand. John and I share many of the same creative passions—writing, filmmaking, photography. He is a very talented storyteller in his own right. We married a few months before moving to Mississippi. I’m fortunate to have met someone who understands and supports me in every way. Oh, and he’s the best cook in the world!

Toole: What has been your favorite book you have written so far? Why?

Pillow: Romance Writers of America recently recognized me for publishing over 100 books. Out of those, it’s hard to pick a favorite. I’m blessed to have a career that allows me to visit many different worlds. My first book, Forget Me Not (formerly The Mists of Midnight) will always hold a special place in my heart because it’s what started my career. It’s a Regency era ghost story.

I’m best known for books that fall under the Qurilixen world sci-fi umbrella—there are shifters, aliens, and space pirates. I like the Realm Immortal series for the vast world building and the big cast of characters. It’s almost like an adult fairytale. I like the Tribes of the Vampire series because I’m a horror genre fan, and those books have darker themes. Just as I love the new cozy mystery, Better Haunts and Garden Gnomes ((Un)Lucky Valley Book 1), for its lighter antics.

One theme that runs through several of my series is the idea of family. Warlocks MacGregor series is a prime example. They’re a close-knit family of mischievous immortals living in modern-day Wisconsin. They might not always get along, but they’ll protect each other until the end… but not without a few pranks in the process.

Toole: Where are some of your favorite places in Oxford to go dine, grab a coffee or even find inspiration for your novels?

Pillow: Dining is my favorite topic. I always say this is my favorite thing about the South—the FOOD! Ajax was the place everyone told us we had to try when we first arrived. We like Proud Larry’s for the pizza, Old Venice for the spinach artichoke dip, Boure for the garlic mashed potatoes and steak, Oxford Burger for the cheese fries, and we love the nearby old fashion groceries like Taylor and BTC. We always joke we could go out to eat every night for a year and never go to the same place twice. City Grocery and the secret grilled cheese place are two that I want to try.

I wrote the majority of my first cozy mystery at High Point Coffee (now Uptown Coffee). Mandy Roth and I (or my husband and I) often go for work sessions. I love the Square. It recently made an appearance in one of my sci-fi dragon-shifter books, as the aliens used portals to arrive on Earth. I can pretty much work anywhere, not because I’ve wanted to over the years, but because I had to in order to meet deadlines. So, I’ve written books all around Oxford now—waiting rooms, parking lots, hotels before we moved here, even finished a book in the passenger seat of a car while driving 10 hours to get here. It wasn’t a fun 10 hours for the driver. Luckily for me, he still married me.

Toole: If you ever have writer’s block, what are some things you do to get over it?

Pillow: I try to use my time productively. If I’m feeling blocked, I either switch the genres or books I’m working on, or I’ll shift gears and do administrative work instead. As a working author, there is always something that needs to be done, and mindless (but important) tasks are often all it takes to clear the head.

If I’m not on a hard deadline, I might need to get out of the house and away from the computer. It’s been fun exploring my new hometown and the local area. Sometimes, the muse needs a day off, too.

For more information on Michelle Pillow, follow her on social media: 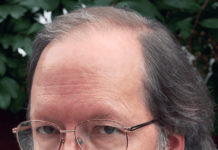 On Religion: Coronavirus Crisis Creates Legal, Doctrinal Minefield for Priests and Their Flocks