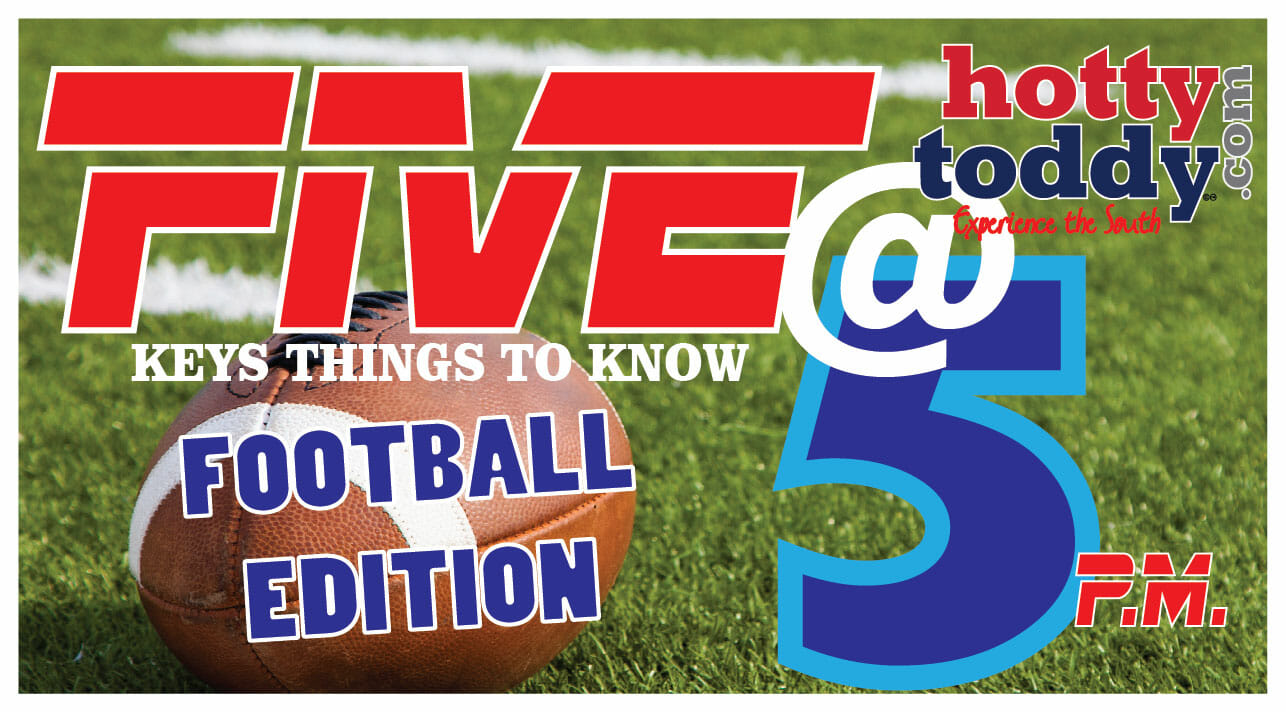 It’s a reality that many Ole Miss fans don’t want to consider. The NCAA has done a 3.5-year investigation into Ole Miss’ football program, and the Rebels are soon going to go in front of the committee on infractions. In all reality, nobody knows what the NCAA is going to do. They’ve shown no precedent, so there’s nothing to go off on. One’s opinion on what is a proper and fair punishment isn’t important. What is important is what they do, and if answers come during the football season or if Ole Miss has to wait until after signing day for answers.

Chad Kelly is far and away the best quarterback in the Southeastern Conference.

Kelly threw for over 4000 yards last season, while also rushing for another 500. Kelly gives Ole Miss a chance against every single opponent this season with his elite play. The Rebels let Kelly run more during the latter portion of the season, and the offense really opened up when defenses had to worry about the Buffalo native pulling the ball down and taking off.

If Ole Miss allows Kelly to rush the football early in the season, and he stays healthy, he could put up gaudy numbers.

The saying goes that you don’t know what you had until you don’t have it, or something.

The Rebels lost the best offensive lineman that has ever come through Oxford and replacing him will be no easy feat. The Rebels signed the highest rated tackle in the nation during the 2016 signing class in Greg Little, and he’ll be counted on immediately. Little, obviously, has no time to get acclimated to the speed of college football as his first game will be against national power Florida State. Ole Miss has other options at left tackle, such as Robert Conyers and Jeremy Liggins, but in all likelihood, Little will be the left tackle when Ole Miss takes the field in Orland on Labor Day.

Ole Miss lost C.J. Johnson and Christian Russell to graduation last season, and the Rebels will have to address the lack of depth at the linebacker position. Demarquis Gates proved to be a really solid option linebacker, but the Rebels will have to replace the other linebacker in their 4-2-5 scheme. The Rebels signed Rommel Mageo and Detric Bing-Dukes as transfers, and they’ll likely play immediately into the rotation.

This is the interesting one. How does Ole Miss approach playing time for the heralded freshman?

Patterson is likely the future for Ole Miss at quarterback after Kelly leaves for the NFL next season. Patterson was the number one quarterback in the 2016 signing class. The Rebels could redshirt the Louisiana native, but he would likely be Kelly’s backup, and do you want to redshirt a player and something happen from an injury perspective to Kelly and you have to yank the redshirt off a true freshman in early November.