Former Ole Miss soccer standout Jessica Hiskey has signed a professional contract with Skövde KIK out of Sweden, the team announced this week.

“My time spent as a student-athlete here at Ole Miss has prepared me for this exciting opportunity, and I couldn’t have done it without the help of my coaches and teammates,” Hiskey said. “I am happy to say I will be living out my dream in the next few months playing professional soccer in Sweden.”

Hiskey will report to Sweden and join the team in early July for the last half of the season, which ends October 1. The former captain for the Rebels has already been highly acclaimed by the squad’s coach, Michael Rosen, and is expected to contribute in a big way.

“With Jessica in the team, we get an energetic two-way player with leadership that has a fine understanding of the game and that is strong and the clinch game,” Rosen said. “Hiskey is gifted with a delicate right foot and great understanding of the game, which means that she can play in several different positions, both offensively and defensively. We are confident that her qualities will be a great asset to the team in both training and matches.”

Hiskey becomes just the fourth known Rebel to sign a pro contract after Danielle Johnson (2010), Rafaelle Souza (2013) and Jennifer Soileau (2001) were all drafted in recent years.

“I am really happy that Jess is able to continue her soccer career as a professional player,” Ole Miss head coach Matthew Mott said. “She is one of the best players and hardest workers I have ever coached. I know the look that her new coach will have on his face during her first training session; it will be a smile from ear to ear! She is a great representation of our program and I am excited to watch her play with Skövde KIK.”

The Franklin, Tennessee native was one of six Rebels to start in all 23 contests last season, helping the club to an appearance in the NCAA Sweet 16 for the first time ever. She became the first Rebel defender to be named All-SEC since the 2011 campaign, earning All-SEC Second Team honors. Hiskey helped Ole Miss record nine shutouts, including two over top-10 opponents.

She closed her career with 55 consecutive starts and was part of the Rebel senior class that finished with 51 wins over a four-year span, tied for the most of any senior class in program history. Off the pitch, she was just as impressive, racking up CoSIDA Academic All-America honors and CoSIDA Academic All-District honors for the second-straight year.

Keep up with all the latest news and information on the Rebels by following Ole Miss Soccer on Twitter at @OleMissSoccer, on Facebook at Facebook.com/OleMissSoccer, and on Instagram at Instagram.com/officialolemisssoccer. Also follow head coach Matt Mott on Twitter at @CoachMattMott. Additionally fans can get a behind the scenes look at Ole Miss Athletics on Snapchat under the handle, @WeAreOleMiss. 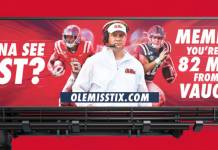 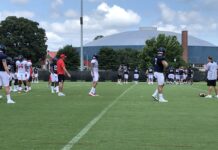