Amid strewn pizza boxes and empty soda cans, a firearm is moved off the couch. It’s set next to a standard-issue combat knife on a table below the American flag. The facing wall bears the only other decoration in the room, a U.S. Marine Corps flag. He stands, filling the room. A t-shirt strains to cover his bulging chest. His left arm is covered in tattoos, the right, in scars.

Gregory Paul Lewis grew up in New York, outside of Utica. A hard-working country boy from the start.

“We were always tasked with some chore or another first thing in the morning,” Lewis chuckles, flashing a disarming smile. “But then it was play outside all day.”

A freshman at the University of Mississippi, Lewis is 23-years-old. However, unlike the 3,500 odd incoming freshman this year, Lewis has been to war.

There is an exception of having seen lives lost. Having nearly perished on the battlefield yourself.

His roommate Luke White, a Mississippi native and former Marine remembers meeting the New Yorker for the first time.

“He came down dressed like a cowboy. Boots, hat and everything,” White said. “I figured he couldn’t be all that bad, even for a ‘yankee’.”

They were in the 2nd Battalion 6th Marines Unit together and bonded early on while watching the movie “Cowboy’s Way.” One of the characters is named Pepper Lewis and Greg quoted the lines all the way through.

“So we started calling him Pepper,” White laughs. “After that we were pretty much inseparable.”

White admires Lewis for his ability to function everyday even with the PTSD (post traumatic stress disorder) from war. Both men suffer from bouts of sleeplessness. It is particularly difficult this time of year.

“We lost a lot of our friends over there around Ramadan,” White said, putting in slug of chewing tobacco.

In his room, a machine gun is mounted on the shelf behind him. Above the bed hangs an American flag signed by all the members in the unit. The white stripes now faded with Afghanistan dirt.

One of those men was a close friend named Scott Lynch. The Marine was killed in combat while Lewis was home recovering from a wound. His jaw tightens as he admits to the difficulty of hearing the news,

“That was really hard. Not having been over there when it happened,” Lewis said, looking away.

Lynch was also from New York and Lewis went down state for the funeral. Lynch left behind a young fiancé. The wedding day only six months out.

Lewis and White’s friendship took on a deeper meaning after coming home from deployment. White had no desire to leave his room. Flash backs and sleeplessness were self-medicated with heavy drinking. Lewis was the one who saved him. White spits tobacco juice into a bottle and thinks for a moment, as if unsure how much to tell.

“Greg came to my room when there was no one else,” he said. “He convinced me to go to Roadhouse for a steak. Otherwise I’m not sure where I would be.”

Because that’s what Marines do for each other.

Hailing from a tight-knit family unit and a long lineage of military members, Lewis always knew he wanted to join the service. His mother, Stefany Lewis, a volunteer fire fighter recalls a rough, tough little boy with a big heart.

“Greg would be running around in camo with toy guns,” Stefany said. “He just fell in love with the flag and his country.”

After joining the Marine Corps on active duty, Lewis was deployed to Afghanistan in 2010. On a day not long after, there was an outbreak of gunfire. Two Marines in his unit were pinned down on the roof of an abandoned building. Lewis took on enemy fire, saving their lives.

The wreckage from artillery smoke and churned up dirt encircled the unit. Lewis felt the first rounds of hot metal sear through his flesh. Before he could react, the next rounds hit him. His entire right arm ripped open. Blood, bone and muscle gushed out.

Marine comrades carried him down and out behind a barricade. He remembers screaming, “Don’t let me die!” Amid the chaos someone hastily applied a tourniquet while another notified medevac. Still taking fire, it was a 45-minute wait.

As he faded in and out of consciousness, a sergeant named White quickly took a knee next to him, asking if he was okay.

Woozily, Lewis gave the affirmative while blood and dust was speckling his strawberry-blonde hair.

“Hey, you wanna see something?” Sgt. White asked him.

Then the sergeant urinated on himself. Right on the spot. Just to make Lewis smile and forget the pain. Just for one moment. Because that’s what Marines do for each other.

His mother still recalls the terrifying aftermath, “I got a phone call from Staff Sgt. so-and-so from Quantico, VA,” Stefany says, the memory still evoking tears. “They said that he had been critically wounded, but couldn’t tell me any more.”

He survived. And two other Marines returned home to their families because of it. A Purple Heart now lays gently amongst rough calluses in the hand of an arm once nearly ruined. He took three bullets. Two in the forearm, shattering the bones beyond repair. Another blew his bicep away completely and fractured his humerus bone. It took 13 surgeries and a two-foot skin graph from his thigh. But surgery saved it.

Suddenly there is a fleshy, dull thudding sound as the vet taps his forearm against the table. Now, a thick metal plate inhibits any rotational wrist movement.

The blue eyes flash with a blend of youthfulness and wisdom.

“I still do pull-ups and bench presses though,” Lewis smiles.

A lifelong protector, Stefany sees him as the leader of her pack. Lewis has a younger brother and sister who look to him for guidance and stability.

“Greg has always been an old soul in a young man’s body,” Stefany said. “How he is as an adult is how he was as a child. Determined, strong and quiet.”

Through the watchful eyes of a mother, she sees the differences in Lewis since returning from war.

“These boys come back and they have nightmares. Trigger things, like sounds,” Stefany said. “In a room, his eyes are continuously moving, surveying.”

A criminal justice major that aspires to become a law enforcement officer, he admits that it is something that cannot be turned off. The need to be aware of his surroundings and deciphering the situation. Even the two words he uses to describe himself combat each other.

“I am wild and mellow,” he laughs. “It is a little bit chaotic at times.”

—You can email Jessi at jmhotaka@go.olemiss.edu 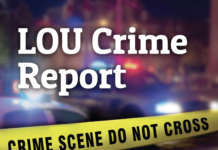 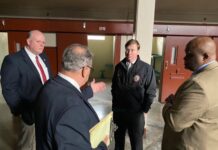 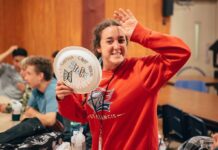 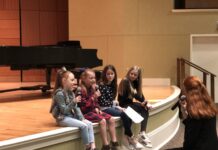 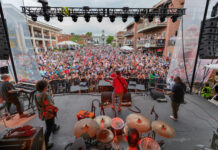 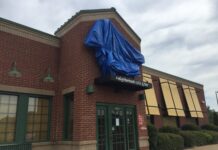 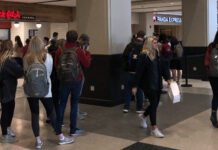