The lingering image of the happy-go-lucky Southerner, content with his lot, happy to get a pat on the head from the local patriarch, is being shaken to its core. Across the U.S. South, workers, activists and regular citizens are standing up to GOP right-wingers, the Koch Brothers and next-of-kin plutocrats like Art Pope, and privatizing, corporate-driven organizations like ALEC (American Legislative Exchange Council).

The “Moral Monday” protests in North Carolina against the draconian, anti-poor and anti-worker actions of the GOP-controlled General Assembly and Republican governor have led to hundreds of arrests but also a growing national awareness of the right-wing coup d’etat in a state that historian V.O. Key called a “progressive plutocracy” back in 1949 in his classic Southern Politics.

In their 1976 political history of the South, The Transformation of Southern Politics, authors Jack Bass and Walter De Vries updated Key with a reality check on what they called the “progressive myth” of North Carolina. Yes, this is the state that gave us comparatively progressive pols like Terry Sanford, but it also gave us Jesse Helms, the original “Senator No” whose Neanderthal-like progeny now fill the halls of Congress and legislatures across the region.

Nevertheless, this has been a state looked to as a beacon of hope by progressives in the deeper South. That is until GOP leaders took over and began their assault on unemployment benefits, collective bargaining, voter rights, Medicaid and education.

Progressive North Carolinians didn’t take it lying down. They took to the streets with their “Moral Monday” protests, weathering attacks and name-calling from the right, and bringing a public spotlight to what is happening.

On the frontlines covering the protests and the issues behind them, of course, are my friends at the North Carolina-based Institute for Southern Studies in their web magazine, Facing South http://www.southernstudies.org.

Voters in Jackson, Miss., last month elected a mayor who may be the most radical and left-wing elected politician in the South: Chokwe Lumumba, an admirer of Malcolm X and slain Congolese leader Patrice Lumumba, a founder of the Republic of New Afrika and once a defense attorney for rapper Tupac Shakur.

Chokwe Lumumba, who’d previously served on the city council, overcame a veteran incumbent and a Republican-backed African-American businessman to take leadership of Mississippi’s capital and largest city. In a city that’s 80 percent African-American and largely Democrat, Lumumba oversees a comparatively forward-thinking island in what seems to be a Republican-dominated sea, and, believe me, his election sent shock waves across that body of water. However, his election may also point to a changing Mississippi where black and brown minorities, women, and young people are showing signs of increasing restlessness with the old ways.

Lumumba won election as a Democrat but he’s indicated no strong allegiance to the Democratic Party. That allegiance, instead, reaches beyond a two-party system where both parties often seem indistinguishable to the actual people themselves. Sounds pretty radical, doesn’t it?

Meanwhile, members of Pipeliners Local 798 are continuing their protest of the Kinder Morgan company’s decision to award the non-union Loutex company a contract to build a pipeline stretching across south Mississippi into Louisiana.

The protest, reported in Labor South back in April, has involved hundreds of workers, and the center of it has now shifted from Columbia, Miss., to the new major warehouse location in Bogalusa, La., says Local 798 member Brian Anderson. “They’re still walking the picket line,” he says.

Workers are definitely standing up to their bosses in Georgia. In Savannah, port truck drivers, civil rights activists, faith advocates, and residents have joined a coalition that calls itself “Stand Up for Savannah” to protest what they consider unjust conditions at the Port of Savannah. A forum sponsored by Georgia Local 728 of the International Brotherhood of Teamsters several weeks ago attracted some 300 truckers who came and told their stories.

In Atlanta, both union leaders and UPS Freight got a wake-up call last month when the rank-and-file membership of the Teamsters’ union rejected a five-year contract proposal that the leadership and management had both approved. It was a 4,244-to-1,897 vote that left little doubt it was time to go back to the drawing board. The current contract expires July 31.

The vote also was indicative of divisions within the Teamsters’ union, where General President James P. Hoffa and the dissident Teamsters for a Democratic Union (TDU) are often at odds.

Among the issues are the workers’ health care plan, pensions, and other benefits, and subcontracting by the company.

COMING SOON: A look at Walmart and its troubles in D.C., California, Missouri, and Bangladesh. Minimum wage versus living wage disputes, the illegal dumping of hazardous wastes, and the horrible conditions in subcontractors’ factories that have contributed to hundreds of deaths — these are among the issues haunting the Arkansas giant, and they don’t seem to be going away any time soon. 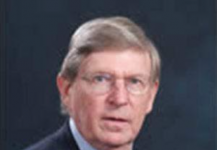