“The Grove is the legendary tailgating area located at the center of the University of Mississippi campus. It is approximately ten acres in size, and is shaded by oak, elm and magnolia trees, hence the grove part of the name. Originally, gathering in The Grove was an informal tailgating get-together. In earlier times, the most serious pre-game socializing took place at the fraternity and sorority houses.

By the 1950s, the Grove started to become its own pre-game tradition. Automobiles, including RV campers, have been kept out of The Grove since a rainstorm reduced the Grove to a rutted swamp in 1991. The autos were replaced by tents.

The Ole Miss Alumni Association’s Grove Society began efforts to preserve the green space in 1998. Today, the Grove comes to life for Ole Miss Rebels football home games with as many as 25,000 fans. Fans often arrive around 2 p.m. the day before the game (the campus rule states that  no one is allowed to “stake their claim” before 9  p.m.) to grab their spot in The Grove.

Fans claiming certain areas within The Grove for their tents would often get angry when they arrived and found someone else in “their spot.” Despite campus police efforts to keep the crowd at bay, fans “rush” The Grove around 4:30-5:00 p.m.. This usually serene area of campus becomes a sea of red, white and blue tents. 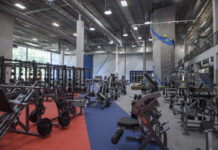 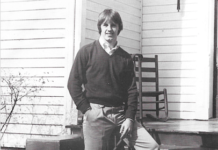 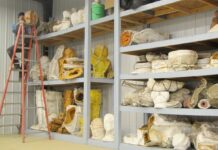