Ole Miss linebacker Denzel Nkemdiche has been nothing short of sensational in his debut season with the Rebels.

On Monday, he was selected to the Associated Press All-Southeastern Conference second team as voted on by a regional media panel comprised of a dozen reporters and broadcasters.

It’s a fitting honor for Nkemdiche, who has overcome the odds all season long. As a redshirt-freshman, he earned a starting role at Stinger out of preseason camp and helped lead the Rebels from a last-place preseason pick all the way to a bowl game. An undersized SEC linebacker at 5-foot-11 and 203 pounds, he leads Ole Miss with 78 tackles, 12.0 tackles for loss, four forced fumbles and three interceptions this year.

The Loganville, Ga., native was one of three freshmen selected to the AP All-SEC teams (along with Texas A&M’s Johnny Manziel and Georgia’s Todd Gurley).

He is tied for eighth in the SEC and tops among freshmen with 1.0 tackles for loss per outing, while he ranks third among all freshmen in the nation. He’s one of just two SEC players that forced four fumbles in league play, along with SEC Defensive Player of the Year Jarvis Jones from Georgia.

Manziel was named Offensive Player of the Year and Freshman of the Year, while A&M’s Kevin Sumlin was tabbed Coach of the Year in the Aggies’ debut season in the SEC.

Ole Miss will play in the BBVA Compass Bowl on Jan. 5 in Birmingham, Ala. The Rebels will square off against the Pitt Panthers for the first time in the two programs’ storied histories. 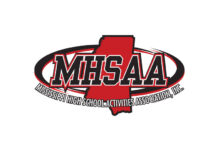 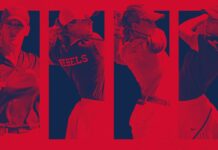 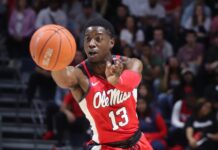 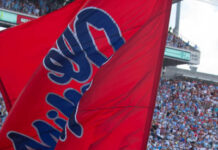