Lafayette Sheriff’s department made no arrests

All lists and reports on Oxford Crime Report were provided by law personnel to HottyToddy.com as part of the public record. All persons depicted are innocent until convicted by a court of law. 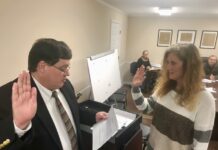