I did not always love Barry Hannah. In fact, there was a time when he scared the hell out of me.

I have a well-loved and heavily marked-up copy of Grove Press’s 2004 edition of Airships. In An Appreciation, Richard Ford writes:

“For better or for worse, in his writing life, Barry has spent time as a teacher of young writers. I’ve always thought it was cruel that impressionable young novice writers, having gotten their first sniff of Barry’s work, should come – as they do – to sit at his feet and try to learn to do even some little bit of what he does. You can’t do what he does. It’s hopeless for them. It’s a law-of-the-jungle measure of excellence, I suppose, that this kind of rare talent isn’t impartable.”

There was a time during my better part of a decade long tenure at Ole Miss when I was one of these “impressionable young novice writers.” I knew nothing about Barry Hannah aside from what my comrades in the English department told me.

“You have to get into Barry Hannah’s class. Wait-list that sh**.”

After a little bit of begging (I’m not ashamed), he let me in. Two days later, I dropped his class. Why? He was so intimidating to me, I knew he would not be pleased with anything I turned in.

I ended up in a Southern literature class taught by a young graduate student who idolized Barry (Barry liked him), and the first week of class, we were told to read Airships for discussion. After I read the first sentence of “Water Liars” (Farte Cove! Genius!), I knew I made a big fat stereotypical Emily mistake. Although I earned an A in Southern literature, I would have proudly earned a C in Barry’s class. Lesson learned.

Anyone who ever had an encounter with Barry Hannah has a story to tell. He was that kind of person.

In A Short Ride: Remembering Barry Hannah (VOX Press, $19.00), Barry’s friends, former students, colleagues, and fans honor the late author with stories of their encounters with the literary master. It isn’t necessary to have read a single short story of Barry’s to feel his passion and understand him as a person. As Neil White says in the opening lines of his foreword, “I knew two Barry Hannahs. One was drunk, rowdy, tormented and indecent. The other was sober, gentle, charming, and generous. Both were spectacular.”

Matt Brock writes of his time as a new graduate student at Ole Miss. Barry submitted one of Matt’s short stories to the Best New American Voices anthology, even after admitting he was baffled by its ending. He put his faith in young talent, and had utmost respect for other talented authors.

Some of the greatest stories in the book involve Barry’s nights spent at the Hoka, and owner Ron Shapiro’s essay I Believe I’m Home reads like the eulogy we can only hope for when it is our time to pass.

Several of the  book’s contributors, including Jim Dees, Glennray Tutor, Ron Shapiro, Robin Rushing, Louis Bourgeois, Neil White and Maude Schuyler Clay, will be in attendance at Off Square Books on December 4, 6 p.m., for the launch party.

Barry Hannah’s ideal last words, courtesy of an interview with editor Louis Bourgeois: “Refuse to have a bad day. Life is a river, not a ladder (borrowed from Jim Harrison, who borrowed it from an Indian sage).” Emily Gatlin spent four years as the manager of Reed’s Gum Tree Bookstore in Tupelo. Her frequent book reviews in the Mississippi Business Journal and her Bookseller Barbie blogs on the book trade have become well known to aficionados. Her author events at Gum Tree helped the store become a regular on the tour circuit. In 2012, she was nominated to serve on the Southern Independent Booksellers Alliance Board of Directors. 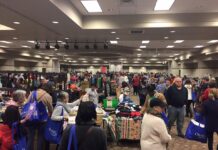 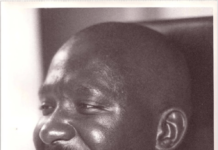 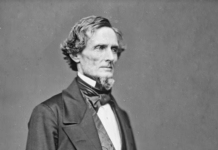